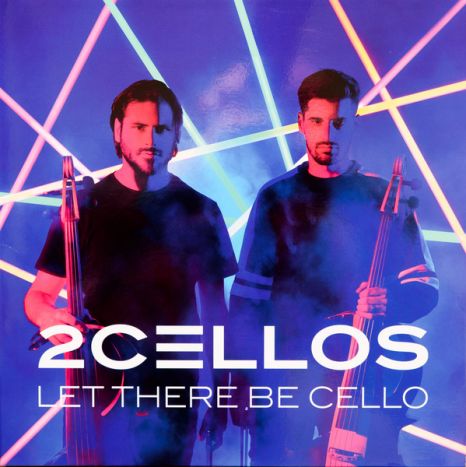 2Cellos ‎– Let There Be Cello

A follow-up to the 2017 release of Score, Let There Be Cello finds the pair exploring a diverse catalogue with their signature boundary-breaking playing style. Known for their electric live performances, 2CELLOS now gear up to take their newest album on the road for their first-ever U.S. arena tour, which is set to kick off February 2019 – for a list of dates and ticketing information, please visit http://www.2cellos.com/tour.

“We’ve always said we want to break down pre-conceptions about the cello and the boundaries around musical genres,” says 2CELLOS about the range of styles included in their newest album. Co-produced by Sulic and Hauser themselves as well as Filip Vidovic, Let There Be Cello showcases the group’s exceptional talent for reinventing the music of any genre. Including everything from the latest pop hits (“Perfect” by Ed Sheeran, “Despacito” by Luis Fonsi) to rock anthems (“Seven Nation Army” by The White Stripes, “Eye of the Tiger” by Survivor), from celebrated classics (“Imagine” by John Lennon, “Hallelujah” by Leonard Cohen) to never-before-heard originals (“Concept2,” “Cadenza”), Let There Be Cello takes classical instrumentation to new heights for a listening experience unlike any other.