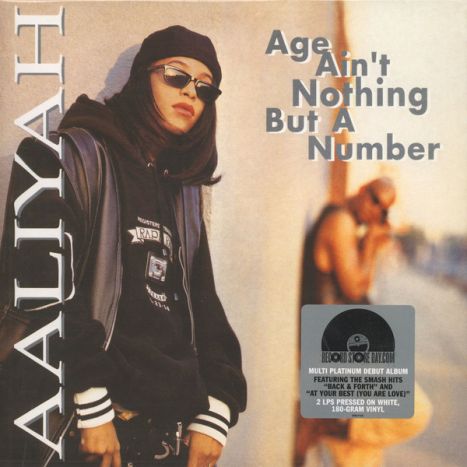 Aaliyah - Age Ain't Nothing But A Number

Born January 16, 1979 in Brooklyn, New York.
Died at the age of 22 on August 25, 2001 along with eight others in a plane crash in The Bahamas after filming the music video for her single "Rock The Boat".


Aaliyah was one of the most unique R&B artist of the 90's. Aaliyah had a sound that wasnt heard often. Her sweet, soft, soothing, and yet sexy vocal's over hard hip hop beats, wasnt something that would be heard a lot.
In 1994 Aaliyah at just 15 arrived on the music scene with her single "Back and Forth" produced by R kelly. The song was an instant smash reaching the top 10 of billboards hot 100 and topping Billboards R&B chart, the single was also certified Gold for sales of over 500,000 copie's.
In May of that year Aaliyah released her debut album "Age aint nothing but a number" under Jive/Blackground records. The album was a huge success. Peaked in the top 20, and is certified double platinum in the US, and has sold over 5 million copies worldwide. The album was very impressive for someone so young, Aaliyah recorded most of the tracks at the young age of just 14. Aaliyah was so mature for her age, and she wouldn't disclose her age at this time so people wouldnt think "Shes just a teen girl trying to sing" she wanted people to see her true talent.
The second single from the album was the sultry remake of an Isley Brothers classic "At your Best" the song again was an instant smash, again made the top 10 and was certified gold. The album version is similar to the Isley Brothers, a beautiful ballad, which really showcased Aaliyahs vocal ability, but the single version was a upbeat remix not available on the album.
The third single was the title track "Age aint nothing but a number" which was again another sultry ballad. The song was not as big as the first 2 singles, but gained some success.
Those were the only singles from the album in the US, but in Europe they recieved "Down with the Clique" as a single.
The vocal's on this album are simply outstanding, R kelly really had Aaliyah singing. On the powerhouse ballad "Street Thing" Aaliyah really gave her all,and recieved much praise for her vocals on that song.
This album was the start of a very special career from Aaliyah. Aaliyah would later return 2 years later in 1996 with her sophmore effort "One in a Million" which is now considere an R&B clasic album.
Aaliyah was an amazing artist, and will be forever missed, a