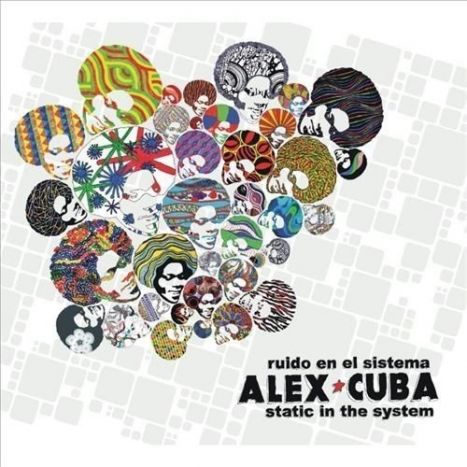 
Twice Grammy Nominated Singer-songwriter Alex*Cuba hails from Artemisa, Cuba (1 hour west of Havana) and resides in Smithers, B.C. (14 hours north of Vancouver). Musically, he lives everywhere in between. His trademark sugarcane-sweet melodies, pop-soul hooks and rock chords subtly subvert commonly held notions of what Cuban music is. Alex is on the vanguard, crafting a cross-cultural sound that mirrors his geographical journey. Not tied to tradition, this Cuban-Canadian prefers his vintage Gibson over el sencerro (cowbell) anytime. Forgoing conventional stereotypes that typify much of the Latin music landscape, Alex is instead defining his own "Latin Soul" genre. Like the handful of unique, genre-defying artists before him, Alex' uncompromising "go your own road" approach was difficult and lonely at first, but is now beginning to pay dividends.

He has won two JUNO Awards (2006 and 2008) and a SOCAN Award (2009) in Canada, a Latin Grammy Award (2010) for Best New Artist, a BMI Latin Award and was nominated for a 2011 Grammy Award in the Best Latin Pop Album category. -- -- -- --- From his earliest years in Artemisa, he was immersed in music. Alex's first stage appearance on national TV was at the tender age of four, playing claves (a percussion instrument) in a group directed by his music instructor father. Alex went on to study guitar, tres, percussion and bass, practicing eight hours a day during his teens.


Alex Cuba may have recently received his third Latin Grammy nomination - he won the award for Best New Artist in 2010, and got the nod this year for the video to "Eres Tú".


The album in question is Cuba's bilingually-titled "Ruido en el Sistema/Static in the System," a collection of songs that expose Cuba as one of North America's (he resides in Canada) premier Latino pop-rock songwriters.

What makes Cuba's music compelling is that even when he sings mainly in Spanish, the Cuban-born artist doesn't feel forced to highlight his Latino heritage in the songs. He's only searching for the perfect pop song.

"The music needs to speak to you whether you're Latino or not," says Cuba.

"I don't make music for a demographic. I make music thinking of the world. If the song doesn't have a Latin beat, I wouldn't go near a Latin thing. I just write the music that the song is asking for."


Alex Cuba's forthcoming album, Ruido En El Sistema, is due out October 2 via Caracol/EMI. If you don't speak Spanish and were wondering what the title referred to, Cuba has just unveiled an English-language version of the title track called "Static in the System."

Listen to the perky, reggae-inspired song below, along with its Spanish-language counterpart. In a statement, Cuba called the track a "quiet statement of what's happening today in the world in terms of the amount of static/noise that we have now in our lives covering up the truth from us in so many ways -- the noise we receive and find almost everywhere, when we watch television, when we listen to the radio, when we look outside the window."