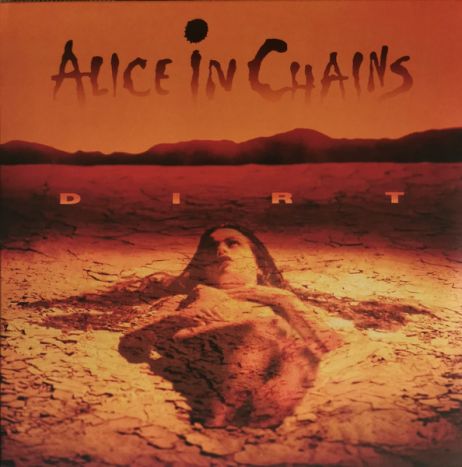 Skip to the beginning of the images gallery
Details
Alice In Chains - Dirt
Columbia – 19439986771, Legacy – 19439986771, Velvet Hammer – 19439986771, Sony Music – 19439986771
Format:
2 x Vinyl, LP, Album, Limited Edition, Reissue, Remastered, Stereo, Yellow Opaque, 30th Anniversary
Country:    Europe
Released:   23 Sept 2022
Comes with Insert.
Released for the first time as double vinyl.
Barcode (Text): 1 93499 86771 6Country: USOriginally Released: 1992Genre: RockStyle: Hard Rock, GrungeTracklist1 Them Bones 2:292 Dam That River 3:093 Rain When I Die 6:01
4 Down In A Hole5 Sickman 5:296 Rooster 6:157 Junkhead 5:098 Dirt 5:169 God Smack 3:50
10 Untitled 0:4311 Hate To Feel 5:1612 Angry Chair 4:4712 Would? 3:26Alice in Chains were initially tagged with the "grunge" moniker, when in fact their haunting, ponderous sound was far closer to the progressive rock of Queensryche. Their second album, Dirt, is a moody, portentous affair, filled with occasionally inspired riffing from guitarist Jerry Cantrell and hair-tossed wailing from singer Layne Staley.Perhaps the band got lumped in with Generation X because their lyrics focused upon depression, death, and drugs. Certainly, titles such as "Down in a Hole," "Junkhead," and "Hate to Feel" didn't leave much room for doubt as to Cantrell's perspective. The quartet did have a slightly lighter, almost poppy side to them, though, as "God Smack" and "Hate to Feel" indicate. Ultimately, Dirt is classic angst rock.Alice In Chains sophomore album "Dirt," stands as the band's most popular and most critically acclaimed album. "Dirt" stands alongside Nirvana's "Nevermind", Pearl Jam's "Ten" and Soundgarden's "Badmoterfinger" as an essential album of the grunge era. Much like "Ten" "Badmoterfinger" and "Nevermind," "Dirt" was an album that many inferior bands, i.e., Godsmack, borrowed from. Although the Seattle group was categorized as a grunge band, they were also distinctly a metal band, although they did write a fair amount of acoustic material."Dirt" is one of the most powerful, genuinely harrowing, intense, depressing albums of all-time. Some singers are very contrived and put on an act, a fake pain or rage (like Gavin Rosdale or Fred Durst). But with "Dirt," when you listen to these songs, you can hear the pain in singer Layne Staley's voice. These songs were written by someone who was at absolute rock bottom. The themes of the album-drug addiction, loss, depression, regret, nihilism, hopelessness, come across as so real that this album is somewhat difficult to listen to. What makes this album especially sad is the knowledge that Staley would eventually succumb to his drug addiction.Although the nature of this album and its frontman is heartbreaking, there is no denying the greatness of the band and these songs. Layne Staley and guitarist Jerry Cantrell were one of the best, if not best, guitar/singer teams from the 90s. The 60s had Jagger/Richards, the 70s had Perry/Tyler, the 80s had Slash/Rose, and the 90s had Staley/Cantrell.Staley's voice is eerie, powerful, and hauntingly beautiful. It's not so much the dark lyrics that make these songs so powerful, it's the way Staley delivers them. These songs sound lived in.Cantrell's playing on this album is simply terrific. Each song has a terrific, intense riff, and one or two killer solos. These songs are instantly catchy and memorable. The songs combined the sludgy guitars and riffs of Black Sabbath, and the beauty and melody of the Beatles. Bassist Mike Starr and Drummer Sean Kinney provided an exciting and dynamic rhythm section.Although there were several singles and radio staples from this album, I feel that this album is best appreciated when listened to as a whole. There isn't any filler and each song is essential to the flow and cohesiveness of the album. The album starts out with "Them Bones," and the listener is immediately thrown into the hell that Staley is feeling. "Damn that River" is another powerful, no-holds-bar up-tempo metal song. "Rain When I Die," is more mid-tempo, but just as intense. "Down in a Hole," one of the album's slower songs, sounds like a man who has been struggling personal demons in vain, and has finally given up all hope of ever being free. The somewhat offbeat "Sickman" has an almost insane feel.The soft-spoken "Rooster" is an ode to Cantrell's father, and tells the story of his embittered return home from the Vietnam War. "Rooster" is one of the finest radio staples from the 1990s. "Junkhead" tells the story of the depths that drugs take the user. It shows how everything becomes irrelevant once the user is addicted. The sludgy title track "Dirt" tells how despondent Staley feels. This is probably one of the bleakest songs ever recorded. "God Smack" (the title of which inspired the third-rate rip-off) rocks hard and is what the band Godsmack could only dream of creating. "Iron Gland" is a non-song that helps break the pace and gives the listener a little reprieve from the very intense LP. The album comes back and closes with the mid-tempo "Hate to Feel", the infectious "Angry Chair," and the radio staple "Would?"Despite the fact that most of these songs are hard-rockers, none sound similar and the album never gets monotonous. Each song is carefully crafted and meticulously delivered.Even though "Dirt" doesn't get the recognition and praise as some of its contemporaries, it is easily just as inflectional and as well constructed. And although many inferior bands tried to copy the Alice In Chains sound, there was only one Alice In Chains. "Dirt" is a masterpiece and sounds as fresh and invigorating today as it did in 1992. It is an essential album from the early 90s and is a cornerstone to a modern rock collection.
More Information
Please sign in with your email address or Create an Account.
New Products
Compare Products
Compare
Clear All
You have no items to compare.
My Wish List
Last Added Items
Go to Wish List
You have no items in your wish list.
Vinyl Records Vancouver
Categories
Help
Quick Link
Newsletter