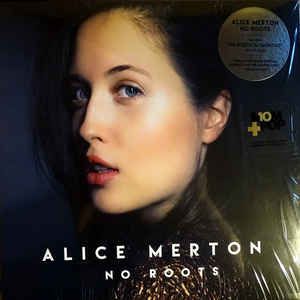 One whole sentence seems to sum up the life of the English/Canadian singer and songwriter Alice Merton.

Four countries and eleven moves later her single “No Roots” has reached top positions on iTunes, Spotify, Shazam and Hype Machine. In Germany, the song has already reached gold status and was #2 in the official single charts.

Raised in Canada, finishing high school in Germany, then moving on to England with her family, Alice has gotten quite used to packing and unpacking boxes.

That lifestyle has allowed her the freedom to travel in support of her music and it’s paying off.

The video alone has OVER 20 MILLION views and she’s just been signed by vaunted indie label Mom + Pop.

After spending eleven weeks on the Billboard Bubbling Under Hot 100, Alice Merton’s “No Roots” finally graduates to the actual Hot 100.

“No Roots” is thus far generating its greatest amount of activity on the sales and radio fronts.