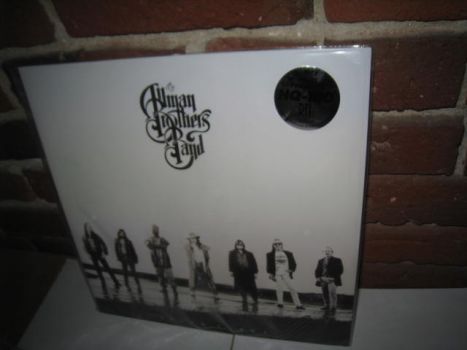 
With "Seven Turns", the Allmans delivered their first album of original material in nine years, and the fact that it is actually really good came as a surprise to many who had believed the Allman Brothers Band to be a thing of the past, an oldies-act at most.
Superbly produced by Tom Dowd, "Seven Turns" blends rock, blues, and a little bit of soul and country, and the 1990 line-up was one of the best incarnations ever of the band, with lead guitarists Dickey Betts and Warren Haynes, new piano player James Neel, and of course Gregg Allman.
This album is very much a vehicle for lead and slide guitarist (and occational lead vocalist) Dickey Betts...he has written or co-written nine of the eleven songs, and the quality of the material is generally very high.
The highlights include the tough and funky blues-rock of "Good Clean Fun" and "Low Down Dirty Mean", the acoustic, slide guitar-driven title track, the melodic slow rock of "It Ain't Over Yet", the country-flavoured "Let Me Ride", and the riff-driven hard rocker "Shine It On" which features a great, rough lead vocal by Betts.
His and Warren Haynes' dual lead guitar attack is something to behold, and both of them play some great solos, particularly the one on "Good Clean Fun" and the slide solo on "Loaded Dice".
This is a delightful album, as lean and mean as an Allman Brothers album ever gets.
More Information
Please sign in with your email address or Create an Account.
New Products
Compare Products
Compare
Clear All
You have no items to compare.
My Wish List
Last Added Items
Go to Wish List
You have no items in your wish list.
Vinyl Records Vancouver
Categories
Help
Quick Link
Newsletter