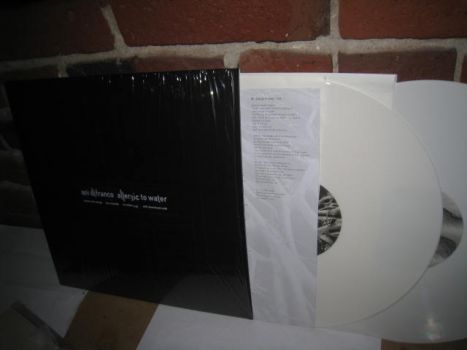 Ani DiFrancos 24th solo album finds the righteous babe in contemplative mode after giving birth to her second child. Drawing inspiration from her adopted home of New Orleans, DiFranco crafts some of her most beguiling work by devling further into jazz on tracks like the horn-laden Harder Than it Needs to Be and walking bass-driven Dithering. However, her core acoustic singer/songwriter appeal remains intact, as a song like See See See See finds DiFranco at her most personal and direct, with little more than her voice and rhythmic staccato strums used to optimal effect. After a tough time with public controversy over an attempted artists retreat in a questionable locale, its nice to hear DiFranco seems to have made peace with her mistakes and moved on, though she seems to reference this turmoil on a number of tracks.


On Careless Words, its hard not to hear her singing to her fans when she says you really gave me hell, though the song ostensibly seems to be about a relationship. But DiFranco sounds triumphant on songs like Woe Be Gone, in which she sings raise your hand if youre at peace right now, in fact just stand up and take a bow. After more than two decades of fierce activism, social commentary and non-stop performing, DiFranco has mellowed out a bit, as she sings Im pretty much happy all the time on one track. With Allergic to Water, DiFranco successfully puts the past behind her and creates an engaging piece of work both her longtime and new fans can enjoy.Ani DiFranco has never been afraid to take chances and her new album, Allergic to Water, is another bold accomplishment featuring some of her most subtle music to date. Throughout the record, DiFranco with her band and a few music guests, create melodies that are lilting and funky, imaginative and personal: so personal that she produced and mixed the record all on her own.

DiFranco says, Mostly I worked alone in headphones, in the wee hours, while my family slept. It was empowering but terrifying to have the buck stop with me again in terms of the mixes. The recordings are documents of my current touring band recorded by Mike (Napolitano) in our old Victorian house in the Marigny neighborhood of New Orleans and also by Any Taub at a nearby church in the Treme, just laying down songs.

Vibes, tones and rhythms constantly change while her band draws on its own expansive palette. The result is 12 low-key songs that pack a world of musical surprises into Allergic to Water.

She is such a gem of Folk Music, with songs that contain such positive and inspirational messages, while others are more somber and full of Ani's trademark dark, dry wit. But, what is consistent, is that the song-writing is incredible, the instrument-playing is clean and great, and Ani's vocals here are among her strongest.

Ani is both a Folk Music Goddess and a Classic Feminist Icon. She is an idol of mine, her views on life & the world are so intelligent, insightful and unconventionally accurate. Her music is full of social critique and commentary, while also promoting a hopeful, optimistic attitude toward life and aesthetics. I have yet to find anyone in music quite like her, and her music has helped me, in my personal problems, a great deal.