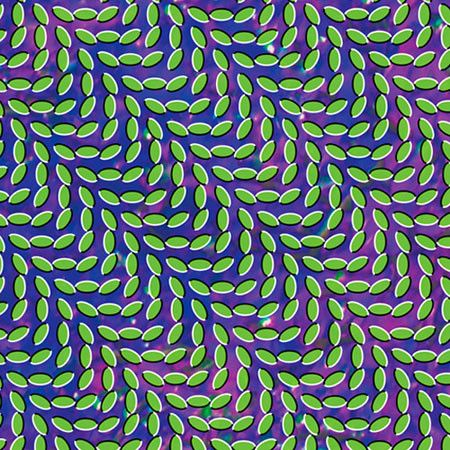 "What’s slightly more surprising is Merriweather’s own lack of projected influence on indie at large. Even though chillwave, the electronic pop sub-genre borne out of the bedroom-recording movement of the early 2010s, is often attributed to Merriweather’s influence, its practitioners’ taste for hazy atmospherics and nostalgia-evoking reference points hews way closer to Person Pitch’s warped aesthetic than Merriweather’s high-gloss sheen. During much of the 2000s, acts that liberally borrowed from Animal Collective’s aesthetic were everywhere, from the electric abstractions of indie rockers Nurses to the off-kilter folk of acts like Our Brother the Native and Le Loup. But going into the 2010s, such acts simply stopped popping up, as much an acknowledgement of Merriweather’s unbeatablity as a signal of a new cultural focus taking hold in indie."( pitchfork)


This album is an unquestionable milestone for modern music. Panda Bear, Avey Tare, Geologist, and Deakin have flirted with pop sounds momentarily on previous releases, but the bulk of their past work leaves no doubt that they are far from playable on popular radio.

Merriweather Post Pavilion was anticipated with an almost unnatural fervor in the months after its release was announced. Animal Collective owe much of this popularity to the indie/experimental rock community, specifically on the internet in message boards and fansites, who hold them in high esteem. They've gained that recognition through a constant flow of solid albums, each of which has expanded on one of the most unique sounds in experimental music. Merriweather is yet another exploration of that easily recognizable yet enigmatic Collective sound; this time they've chosen what could most easily be referred to as a catchy, foot-tapping incarnation of it. Tracks like "My Girls" and "Brother Sport" keep anyone who may attempt to listen to this album passively in upright attention. What these songs provide is a clear example of what the Animal Collective sound is capable of; something far beyond the meandering freakouts of "Sung Tongs" or building epics found on "Feels". They've crafted experimental freak-folk that even the most devoted follower of Billboard's hot albums could enjoy, all while maintaining the touch of frantic harmony only this group can produce.

If newcomers arrive for "My Girls", they'll stay for the filler-less tracks that grace the rest of the record. Soft and emotional, "Bluish" is one of those can't-get-it-out-of-my-head songs. Fans of the Collective's past work will enjoy their trademark stretching and disintegration of a perfectly good hook in "Daily Routine", which slowly descends from a furious synth jam into a droning psych chillout. They again prove their ability to handle complex, beat-driven jams with "Summertime Clothes" and "Guys Eyes". To even out the pacing, "Taste" and "No More Runnin" blend swirling harmonies with appropriate laziness.

The surprise of finishing a listen to an album totally devoid of filler is especially pleasant knowing it was made by a group known for their tangential psych romps. What's even better is realizing that Animal Collective has succeeded in creating an album that simultaneously appeals to a wide audience and keeps its feet sturdily in the experimental realm. That's what makes it so important, if such a, for lack of a nicer word, strange group can flirt with radio airplay, there may exist some hope that the mainstream music world will recognize the presence of the countless indie artists deemed inappropriate for mass consumption. If more new albums are like Merriweather Post Pavilion, perhaps the indie revolution will extend beyond its currently meager borders.


.
Animal Collective - In The Flowers

This song made me cry at one point.
.

. Some of the most humble lyrics in human history