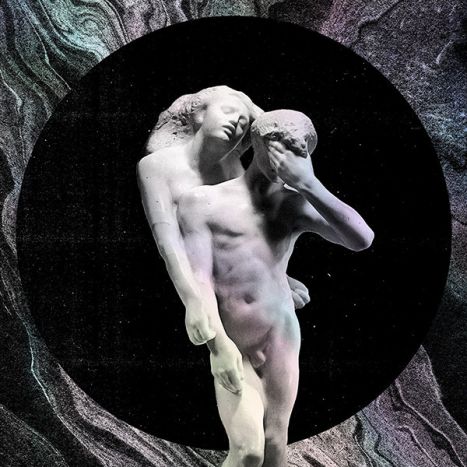 
A1 Reflektor
A2 Flashbulb Eyes
A3 Here Comes The Night Time


2013 release, the fourth official studio album from the Canadian Alt-Rock band, the highly anticipated follow up to 2011 Grammy-winning album of the year The Suburbs. With a penchant for theatrical, bombastic anthems, Montreal's Arcade Fire has amassed a broad loyal following without compromising their singular artistic vision. The album was produced by the band, LCD Soundsystem front man James Murphy, and long-time collaborator Markus Dravs.


If you are like many Arcade Fire fans, then you already know how amazing this album is. The album was posted on YouTube for streaming 5 days before its official release--a brilliant move, as it became a certain buy for me after a few playthoughs. However, if you are listening for the first time, note that Arcade Fire has definitely evolved since their previous effort. Though the album may not hit home on your first listen, subsequent session revealed something new, a hidden gem, a new favorite track.

This is a testament to how much depth this album possesses. There are no fillers: even "Here Comes the Night Time II" serves a purpose as a transitional song into record 2. The ambition of this album is simply astounding, covering a wide array of themes. It will mean something different to each individual listener, but I will say that this strives to heights not seen since Funeral.

Personal highlights of the album for me include:

Reflektor - Producer James Murphy's impact is most evident here, as the sound is a hybrid of LCD Soundsystem and Arcade Fire. The single foreshadows the evolution of the band while remaining uniquely Arcade Fire.

Here Comes the Night Time - A song inspired by inspired by their trip to Haiti, evident in both sound and lyrics. Full of tempo changes, the song can't help but make you feel the urge get up and dance.

Normal Person - One of the most divisive songs on the album, manifested with Win's question "Do you even like Rock and Roll music?" Either you will love or hate this unabashed rock song.

Joan of Arc - Caught my attention immediately with its hook, and remained fresh after many listens. A fitting tribute to the heroine.

It's Never Over - Simply a beautiful song. Regine's echos at the end catapult this to one of the best tracks.

Afterlife - A fitting climax to the album before the send off. This will be the favorite song for many listeners, myself included.

This is the most well rounded Arcade Fire album to date, and I would rank it only behind Funeral in terms of overall quality. Arcade Fire has definitely evolved in a different direction, and for the better. The aspirations for Reflektor were incredibly high, and it has more than met it.