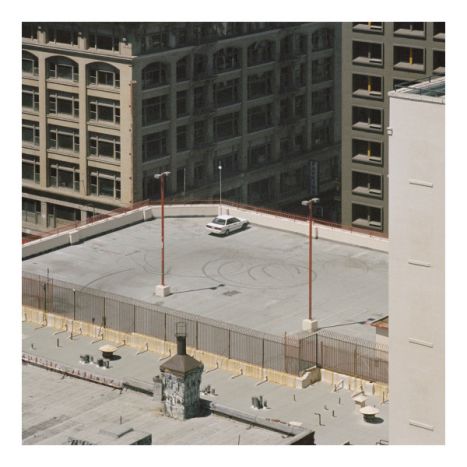 Label:      Domino – WIGLP455X, Domino – WIGLP455
Format:
Vinyl, LP, Album, Yellow [Custard Yellow] SEALED
Country:    Worldwide
Released:   Oct 2022
Genre:      Rock
Style:      Alternative Rock, Indie Rock
A1          There'd Better Be A Mirrorball      4:25
A2          I Ain’t Quite Where I Think I Am    3:11
A3          Sculptures Of Anything Goes   3:59
A4          Jet Skis On The Moat    3:17
A5          Body Paint  4:50
B1          The Car     3:18
B2          Big Ideas   3:57
B3          Hello You   4:04
B4          Mr Schwartz 3:30
B5          Perfect Sense     2:47
Phonographic Copyright ℗ – Domino Recording Co. Ltd.
Copyright © – Domino Recording Co. Ltd.
Published By – EMI Music Publishing Ltd.
Recorded At – La Frette Studios
Recorded At – Butley Priory
Lacquer Cut At – Metropolis Mastering
Lacquer Cut By – MATT*
First catalogue number on hype sticker & barcode sticker. 2nd catalogue number on jacket spine.
Printed inner sleeve.
Runouts are etched.
Barcode (Sticker on shrink): 887828045532
Matrix / Runout (Runout side A): WIGLP455 A2 - 2
Matrix / Runout (Runout side B): WIGLP455 B2 6 = MATT@METROPOLIS =
( Pitchfork) " The music of The Car matches the uncertainty of the lyrics. After the opening “There’d Better Be a Mirrorball,” which could soundtrack a French noir film from just about any era, the band bursts into technicolor on the funk-inspired “I Ain’t Quite Where I Think I Am.” On first listen, it’s like going from a café in the rain to a carnival. The transition works, however, because of the passionate performances from the band—drummer Matt Helders hums along on the former track like a jazz percussionist, while Turner leans into the ludicrousness of the latter with wah-wah riffs to match. Other adventures include “Jet Skis on the Moat,” which could pass for an Isaac Hayes cover, and “Body Paint,” a blast of baroque pop that has all the swagger and bravado of an AM cut without any of the lurid desperation. By its climax, you can hear some of the scrappy band that rocked out in the mid-aughts, mixed with traces of Tranquility Base Hotel & Casino’s sumptuous glamor.
With regularity on The Car, Turner will begin an idea that he does not finish, or he’ll introduce something totally different just when you start following along. He has become a master of turns of phrases that don’t necessarily cohere but still feel right: “There’d better be a mirrorball for me”; “Village coffee mornings with not long since retired spies”; “Lego Napoleon movie written in noble gas–filled glass tubes underlined in sparks.” These lines serve as dramatic punctuation to the times when Turner is more open: “And if you’re thinking of me I’m probably thinking of you,” he sings in “Body Paint,” bringing the song to a halt. It’s as if it’s the one line Turner truly wants to deliver and he’s crafted an entire song around it just to muster up the courage to sing it.

Turner sings much of The Car in falsetto. He began his career close to his speaking voice, matching his unbridled, true-to-life observations of days and nights in Sheffield. Over the years, he would expand his range, but when he’d switch to a higher register, it was almost like a send-up, embodying the hip-swinging showman who can poke fun at rockstar machismo while still behaving a bit laddishly. Now that falsetto is nearly the standard on The Car,"