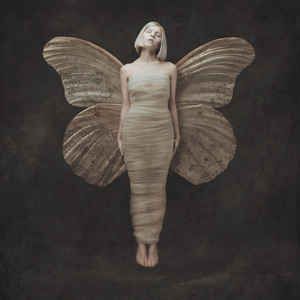 Aurora - All My Demons Greeting Me As A Friend

t's not everyday you run into such a unique talent...started following AURORA on social media just over a year ago when she had just a few thousand fans and in the space of that time have seen it blossom to well over 100,000

If you are a fan of the late 70s / early 80's new wave/dark wave sound of artists like David Bowie, The Cure, Dead Can Dance, etc, or songwriters like Leonard Cohen you will most likely appreciate this album.

.but the beauty of it is it is almost un-categorize-able...this is not throwaway modern pop or some retro-styled offering..but simply pure, honest, emotional, personal and sometimes dark and heart-wrenching songwriting that I think will be timeless....not to mention at the time of this release she is only 19. Aurora's Norwegian angelic like voice..often tribal sounding, frequently shifting pitch and timbre within the same sentence, and her backing band..which have ingeniously avoided the trappings of sounding generic.. will have you mesmerized.


The album begins with the delicate number Runaway which channels a soft power, somewhere between Florence Welch and Joni Mitchell. Its a compelling start; a gentle synthpop number about a girl begging to go home  the only place where she belongs, or just the only place left to go.

From there, the track feeds straight into Conqueror, one of the albums real jams. It channels a Lily Allen meets Regina Spektor energy  bubbly and positive but also demanding. The song bursts explosively into a repetitive chorus about feeling a-la-la-live which gives the album a kick of energy which lasts through all twelve tracks. Warrior is another one of the albums few upbeat moments, though it opens with the lyric I fall asleep in my own tears. Its certainly not positive, but its vulnerable and that power feels very real and authentic. The chorus echoes a very self-love inspired message  let love conquer your mind, warrior.

If theres a theme to this album, its life  celebrating it and embracing it. AURORA, on Winter Bird coos the lonely line all I need is to remember how it was to feel alive, which is followed up in I Went To Far by a Sheeran-style give me some love and hold me. One of the highlights of the album is the albums third single Murder Song (5, 4, 3, 2 ,1) which glides along Agnes Obel-style in a smooth, synthy minor (plus, could that title be any more aligned with this life and death motif??). The track sees Sia-level moments of sulky mood power, but then bursts straight back into a light pop bounce to bring up the energy.