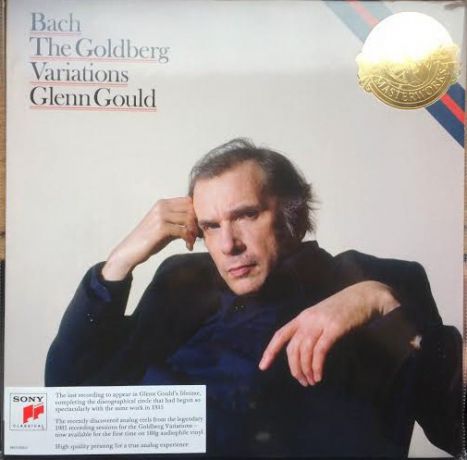 Edited, mixed and mastered from the original analog session reels


Glenn Gould had recorded two Goldbergs prior to this release: from 1955 and a live Salzburg performance in 1959. Both are stunning, bursting with wit and vivacity - but there is something about his testamentary final version (finished just before his premature death, aged 50) that defeats not only his own efforts but those of every other pianist too. Gould himself was an odd fish, to say the least - he never slept (the Goldbergs were written by Bach for the insomniac Goldberg), ate little and was a chronic hypochondriac. Admirable was his love for animals - he had many dogs throughout his life - and his love of solitude (he conducted almost every relationship through the telephone). Such qualities are very important when considering the unmeasurable profundity of this recording - the love of innocence, the aversion to brutality, the childike playfulness are coloured by a deathly weariness and stoicism (hence the beautiful final aria, transcendentally slow, or the tired stubborness of number 1). This is one of those recordings that demands endless relistening - one discovers new things every time amidst the mass of detail and complexity (the diversity of articulation in number 25, the so-called 'black pearl' variation is a good example). His tone is otherwordly, sometimes akin to the sound of a xylophone, sometimes an organ - the glittering textures of Variation 6 or 13 are wondrous. Bach purists will perhaps hate this LP, but wrongly - it is a marvellous realisation of the score combined with a highly original personal vision. Brendel chides Gould for his Bach playing, on the grounds that he fails to bring out the composer's intentions. Well, listen to Brendel's feeble recording of the first two books of Liszt Annees de Pelerinage - as far from the pyrotechnics and thunderous sonorities of the score as one could possibly imagine. Take no notice of these critics - this is surely one of the finest recordings in the entire catalogue, a true marvel of human achievment. It is complex, beautiful and relentlessly profound.


This man is the epitome of genius. His touch, tone color, dynamics, lyricism, are all unmatched when he plays Bach. This piece is so humbling every time I hear it. As Bach said, glory to God.

.
A beginner could learn it in a year, but Gould's playing of it is "perfect." There's a huge debate over whether the little details matter. The fact is, you can hear his phrase grow and fall and you can hear each voice individually. the kind of coordination that requires of both sides of the brain in order to operate each hand is incredible. Gould rules. His Bach is incredible. And what's so wrong about dedicating your life to something if it means enough to you?


glenn gould : "The purpose of art is not the release of a momentary ejection of adrenaline but rather the gradual, lifelong construction of state of wonder and serenity."