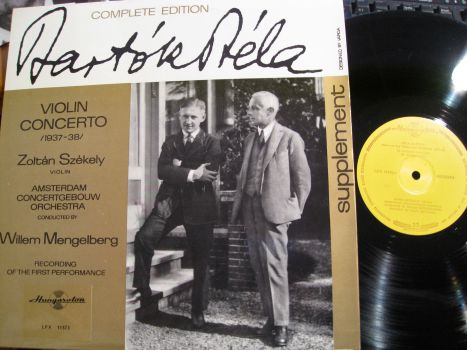 It has the following three movements:

The composition dates of Bartóks two violin concertos are separated by thirty years, the second being completed by the last day of 1938. The three-movement concerto faithfully preserves every characteristic feature of the mature art of Bartók, strict consistency of drafting and an incomparably individual allure of melodic structure. Its melodies, which retain the simple expressions of folk music, are sensitive, refined and expressive. The violins role is heightened as the instrument carrying the melody, especially in the variational second movement: this was perhaps the last time such a statement in this form could be expressed in the musical language of our time. The opening and final movements of the concerto are closely connected to each other, their musical constituents held in unity by the melodic/harmonic realm and the relationship of formal solutions. Zoltán Székely premiered the work in Amsterdam, with Mengelberg conducting. Bartók was not present at the world premiere, and he heard the piece himself for the first time in 1943, in New York
More Information
Please sign in with your email address or Create an Account.
New Products
Compare Products
Compare
Clear All
You have no items to compare.
My Wish List
Last Added Items
Go to Wish List
You have no items in your wish list.
Vinyl Records Vancouver
Categories
Help
Quick Link
Newsletter