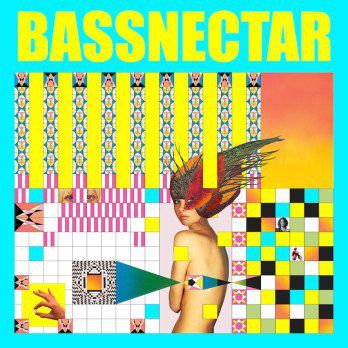 A 15 song journey which spans the spectrum of music from hardcore noise hysteria to lush, ethereal beauty - and many points in between.


Record one, or Noise (side 1) vs. Beauty (side 2) is transparent yellow and looks super cool. Record two, or Bass (side 1), and Nectar (side 2) is a dark transparent blue. You also get a big poster, one side having the album art on it, and the other having every song listed and then a brief explanation from Lorin about the song. The album is classic nectar, and the records make it even cooler. Only 3k pressed so if you're a bass fan whose into vinyl just do it. You won't regret it.


Noise Vs. Beauty is a culminating force, representing nearly two decades of musical growth. Since performing psychedelic breakbeats at Burning Man in the 90s, Bassnectar has utilized his vast influence to explore different genres  hip hop, hardcore, dubstep, drum & bass, ambient and beyond. Nothing is safe from this mad scientist.

Naturally, Master Lorin has been working harder than ever. Only two years have passed since he unleashed Vava Voom to universal acclaim, but bassheads were served a pair of lengthy mixtapes, an ancient reboot and a very thorough tour schedule to soften the wait. NVSB is the most thematic journey ever cast forth by the king; a concept album to explore hardcore noise hysteria to lush, ethereal beauty  and many points in between.

F.U.N. kicks things off with an orchestrated bang, marking Bassnectars first collaboration with Amorphous resident composer Seth Drake since Above & Beyond in 2011. His contribution is no less poignant than last, and even more thorough and haunting. The track is somehow steered from its lengthy intro into a brash, downtune drop. Unlike the album title, there is no official word on what the anagram stands for (though many fans are comfortable settling on warm childhood memories).

Batting first for team noise is Loco Ono, the spiritual successor to Raw Charles and every bit as bonkers. NVSBs most visceral track, its hammerhead beat shocks the senses. But Lorin is quick to channel the albums focus back around the sound spectrum with You & Me ft. W. Darling, an interstellar love anthem. Here delightful vocals collide with an empowering guitar riff, resonating as the most accessible track of the lot. At the time of this review, You & Me holds the #2 spot on iTunes top electronic songs!

Frequent contributor Zumbi of Zion I and first-time guest Fashawn spit bars over Lost in the Crowd, a trappy number oozing with west coast freshness. The hypnotic melody pairs with a piercing beat, lying somewhere in the middle of the records two convergent themes. AFK actually spun this track on his Gnartillery Tour stop at in Hampton, MA several weeks ago  everyone in the room (including myself) would have gotten a kick out of knowing they were being exposed to forthcoming Nectar.