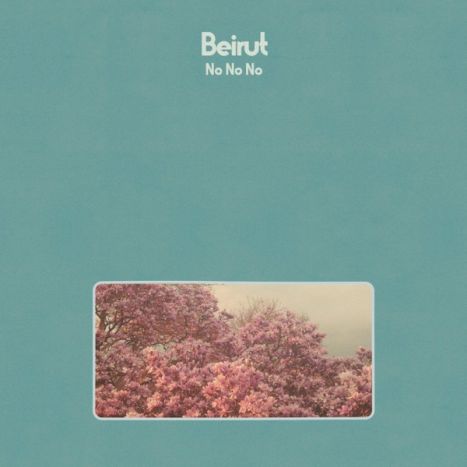 
Beirut singer and songwriter Zach Condon has shed some light on the backstory behind the odd, skeletal sound of his band's new album. Condon had been embroiled in personal and creative despair for a few years, some of it the result of working on a new maximalist opus in the vein of his previous work.

It would be easy to assume that reinvention was foremost on Condon's mind. After all, his ethnomusicological interests and motley folk orchestras have next to nothing to do with today's musical landscape

He abandoned this material to return to low-stakes jamming in a piano trio format; ultimately, No No No's songs developed out of this approach, and the album was recorded in just a couple of weeks. The resulting nine-song, 29-minute barely-LP, appropriately, sounds like a collection of exposed scaffoldingsa record of a rehabilitative process, more a story of survival rather than a shot at reinvention.

Everything should be fine/ Youll find things tend to stand in line, Condon sings in the first lines of Gibraltar. Its a promising opener and a nod to the one bone that life tossed him: a new relationship with a woman in Istanbul. Tambourines and hand claps accent its optimistic piano chords, but the real return to sound is the bands coveted staple: Condons voice. That iconic tone of the indie 2000s hums with recharged warmth, even in tougher numbers.


The innocence of spirited keys and lightweight snare in Perth counteracts the songs autobiographical tale of Condon running from his love despite a bleeding injury  a blatant metaphor for the scars left from his last relationship. The songs ending measures, with a tidy use of repetition, promise hell return home in an hour, securing what stability hes already recreated. Even the deep longing present in August Holland resonates with optimism in the way Condon sings every word. When focused on intertwining his vocal cords with tender chord interplay, No No No can pull off the folk pop Beirut has unabashedly turned to for heat after leaving world music behind.

Beirut - No No No