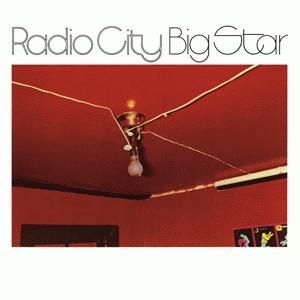 Big Star ends their one perfect Pop rock masterpiece on a forboding note.
To make matters more interesting, they actually make there next record Radio City better by making it more haphazard and slightly deranged. Given that their next and last record Third/Sister lovers is basically down to Chilton falling to pieces, we have the 2nd record, in subsequent listens, sound like the last gasp for sanity with loads of sinister slop creeping its way in to their pop.

While the Beatles melted into psychedlia, Big Star chose a more downward spiral in Radio City attributed in large part to booze and narcotics rather than hallucinogens. Chris Bell had minimal imput and was out of the group to cope with drugs, depression and suicide, while Alex continued to chronicle their personal mess.

One gets an inebriated feel from the rollicking stop-start number O' My Soul and the crunchy She's a Mover, then descend into an almost completely bottomed out feel of the Third Album with Daisy Glaze, only to watch it explode as if the song was Stairway to Heaven with a Mandrax prescription. The best cuts on Radio City are the closest to #1 Record. Both Back of A Car and September Gurls have a candid sexual tension in the lyrics and some of the most perfect melodies and hooks committed to rock n'roll. The very moment when Chilton sings "OOOh when she makes love to me!", on September Gurls and launches into an orgasmic jangling guitar run is pop perfection.