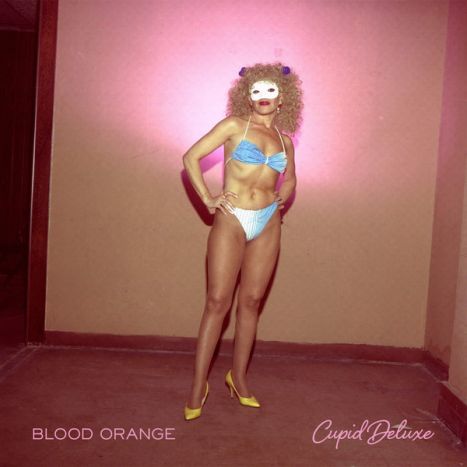 
A1 Chamakay
A2 You're Not Good Enough
A3 Uncle ACE


C1 Chosen
C2 Clipped On
C3 Always Let U Down

Musically, Hynes is on point. The sounds are innovative and varied. At times it feels like it's closer to a mix tape than an LP, but in the best possible way. "Chosen" sounds like a mash-up between the silky bass-and-sax outro from Nas's "Life's a Bitch" with the vocal melody from Phil Collins's "Take Me Home." And I mean that as a complement. "Clipped On" is the moment when you're at a club in 1993 and the DJ lets some backwards-Cross-Colours-hat-and-bib-overalls dude get on the mic and do a Treach impression. It works, sure, even though it's not as memorable as the actual Treach would be. It's got an odd little pastel twist also, in that he's rapping over a pillowy slice of PM Dawn bliss.

It doesn't hurt that as a guitarist, Hynes is a first-rate member of the Prince school of fusing together rock, new wave, punk, and R&B into surprising, artistic, and really, really sick solos and riffs. If a sound works, he'll throw it in there regardless of genre constraints or inherent weirdness, just like Prince has spent his career doing.

Normally, when I hear the expression "it is what it is," my reflex is to punch the person who said it. But when it's the chorus of a beautiful, beautifully sad synth jam from the perspective of homeless LGBT youth, I just have to admire the implicit fortitude. It seems to be saying there's no changing the past or how other people, possibly society at large, has treated you. Ultimately you define yourself. You can define yourself with whatever art or whatever people you're into. Time will tell.