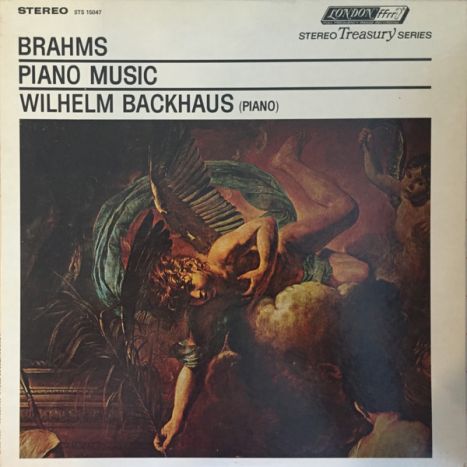 But Backhaus . Op. 118 shows him at his best.
faster than we usually hear these days,
Backhaus's bold, knightly presentation of the Ballade, no. 3, is clearly preferable. ..

..in the first two pages of no. 4 Backhaus is more conventionally agitated, Backhaus who finds the tragic force called for on the final page.
Indeed, it may be said that, when Brahms veers towards a black hole, Backhaus follows him all the way.

it is Backhaus who excels in the desolate no. 6.

Fascinating performance! More rubato than modern pianists use in this work and changes in tempo.

One of the few, truly great pianists. Not interested in showy virtuosity (athough he was one), but more into musical truth, substance, RIP, Wilhelm

such a magnificent piece!