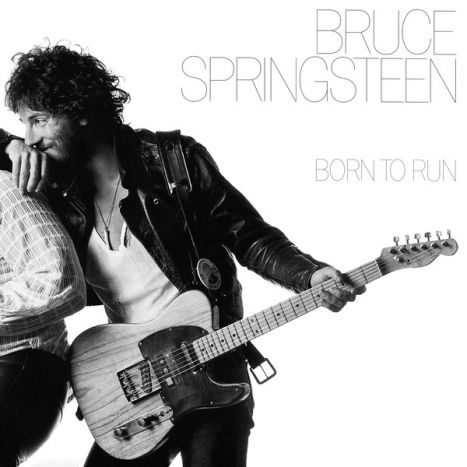 
"Born to Run" is Bruce Springsteen's proclamation of his musical vision of all that he wants Rock and Roll to be; exciting, moving, and visionary. It plays on an epic, yet intimate scale. From the subdued opening notes of "Thunder Road" to the epic closer "Jungleland", Springsteen crafts a liberating sense of exhiliration, sadness, and nostalgia, especially with the much and deservably celebrated title track, in itself one of Rock's greatest recordings. Springsteen has gone on to become one of the most important musical figures in popular music history, while "Born to Run" remains his most perfectly realised work.


From The Beatle's Rubber Soul on, Rock and Roll has more often than not been Album Oriented. Before that, Rock was mostly based on the single, which now is reserved for pop and hip-hop (which are both pretty good in their own right). When it comes to rock historians, or just plain musicphiles, it always comes down to what are the best ALBUMS, not songs. The White Album, Led Zeppelin IV, Beggars Banquet, Blonde on Blonde, London Calling, come to think of it, ANY Beatle's album; they're all mentioned. But in my opinion, it all comes down to Bruce Springsteen's Born To Run. The greatest album of all time? No. The greatest rock album of all time? Probably not. Second on both counts? Yes.
The album really could not be much improved over this release. First off, The E Street musicianship is fabulous and every member contributes something special to the mix. Max Weinberg's fiery yet simple drumming lays the backdrop for Clemons' solos, Gary's bass playing, and what it all comes down to...Bruce's singing. If Bob Dylan had twice the voice he HAS, he'd be Bruce Springsteen (of course, if Springsteen had half of his imagination.....). Bruce's voice is amazing. I don't want to sound too corny, but yes, it can bring tears to my eyes. His voice alone is that powerful. If the album should revolve around two things, it is Bruce's vision......and voice.

The only thing close to his voice on this album are his lyrics. Thunder Road is reminiscient of a Whitman poem, and the desolate but instinctually fierce loser of Born To Run is someone we all know.....and are. In the end Junleland characterizes Bruce's use of story and metaphor to not necessarily philosophisize on any existential subject, but simply to impact the listener.

In the end that is what Born To Run is about, impacting the listener emotionally.

Bruce's poetry is unsurpassable by any musician, and he's with the greatest, most cohesive band to step onto a stage. The greatest song writer of all time (in my humble opinion)