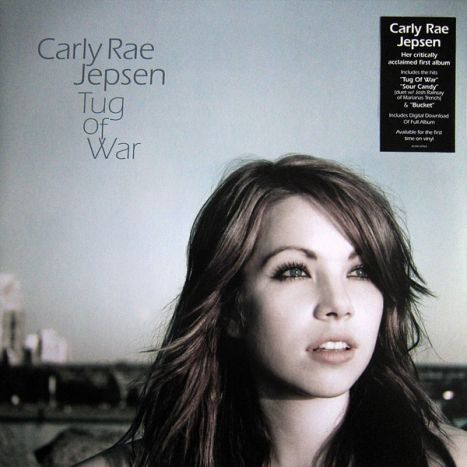 "Carly Rae Jepsen’s two internationally known albums Kiss (2012) and E•MO•TION (2015) are straightforward pop records. The ten tracks on Tug Of War, however, are clearly influenced by folk music and pop rock. While Kiss and E•MO•TION rely heavily on synths, guitars are dominant on Jepsen’s midtempo-heavy debut.

the eloquent opening lines of “This Kiss”: “I went out last night; I’m going out tonight again”. In fact, Jepsen’s biggest hits “Call Me Maybe”, “Good Time”, and “I Really Like You” were incredibly successful precisely because their lyrics were simple. They followed the proven lovesong formula; not too specific and filled with memorable catchphrases.

If you look for intriguing, complex stories and highly sophisticated wording, no Jepsen record will truly satisfy you. , E•MO•TION has its few bright moments. In comparison, Tug Of War is the most diverse and, frankly, interesting of the three albums.

The songs on Jepsen’s debut touch upon various subjects — not just falling in and out of love — and radiate a certain innocence. It’s that innocence of a starry-eyed ordinary girl that already made Amy MacDonald’s first record so special. Similarly, it makes Tug Of War sound genuine and refreshing. In fact, Jepsen only recently managed to rediscover the innocence of her debut with “L.A. Hallucinations”, the standout track on E•MO•TION."