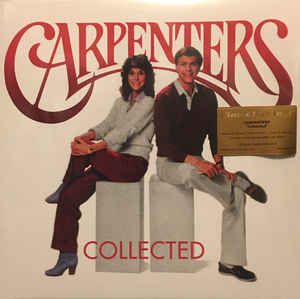 American vocal and instrumental duo consisting of sister Karen Carpenter and brother Richard Carpenter. Carpenters were the #1 selling American music act of the 1970s. Though often referred to as "The Carpenters", their name on official releases and press materials was "Carpenters". During a period in the 1970s when louder and wilder rock was in great demand, Richard and Karen produced a distinctively soft musical style that made them among the best-selling music artists of all time.

Originally from New Haven, Connecticut, their parents decided to move the family west to Los Angeles, California. Richard and Karen originally played jazz, with Karen having an interest in playing the drums. They were briefly known as Spectrum and then Carpenters, where they then recorded for a small label,Magic Lamp. In their move West, they met Lou Adler who introduced them to Herb Alpert, who was always was looking for new talent, and signed them to his label, A&M Records in 1969.

While Richard penned compositions with writing partner, John Bettis, many of the duos' hits were written by others and some were cover versions previously big hits for other artists, such as The Beatles and Motown's, The Marvelettes. Their 1973 album, "Now and Then", B-side consists of a 9-song medley of 60's hits recorded like a radio show.

Carpenters' melodic pop, produced a record-breaking run of hits on the American Top 40 and Adult Contemporary charts, and they became leading sellers in the soft rock, easy listening and adult contemporary genres. Carpenters had three #1 singles on the Billboard Hot 100 and fifteen #1 hits on the Adult Contemporary Chart. In addition, they had twelve top 10 singles (including their #1 hits). To date, Carpenters' album and single sales total more than 100 million units.

During their 14-year career, Carpenters recorded 11 albums, five of which contained top 10 singles (Carpenters - Close To You, Carpenters - Carpenters, Carpenters - A Song For You, Carpenters - Now & Then and Carpenters - Horizon), thirty-one singles, five television specials, and one short-lived television series. They toured the United States, United Kingdom, Japan, Australia, The Netherlands and Belgium. Their recording career ended with Karen's death in 1983 from cardiac arrest due to complications of anorexia nervosa. Extensive news coverage of the circumstances surrounding her death increased public awareness of the consequences of eating disorders.