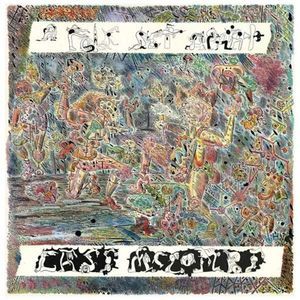 
Tracklist
A1 I Cannot Lie
A2 Twins
A3 Poet's Day
A4 An Other
A5 Bradley Manning
A6 If You Loved Me Before...

Blending genres such as rock, folk, psychedelic, punk, and alt country, he has played in numerous bands in the Bay Area and Pacific Northwest during the 1990s, often in DIY spaces, before relocating to New York. He moved to San Francisco in 2001, where he recorded his debut E.P., entitled Not the Way E.P., released on Monitor Records in Baltimore. McCombs then recorded a Peel Session for John Peel in 2003, and that year released his first LP A, also touring with Baltimores OXES as his backing band. McCombs and his band spent much of 2003 and 2004 touring, performing everywhere from the All Tomorrow's Parties festival to house shows. McCombs otherwise divided his time amongst the Pacific Northwest, England and Baltimore.
More Information
Please sign in with your email address or Create an Account.
New Products
Compare Products
Compare
Clear All
You have no items to compare.
My Wish List
Last Added Items
Go to Wish List
You have no items in your wish list.
Vinyl Records Vancouver
Categories
Help
Quick Link
Newsletter