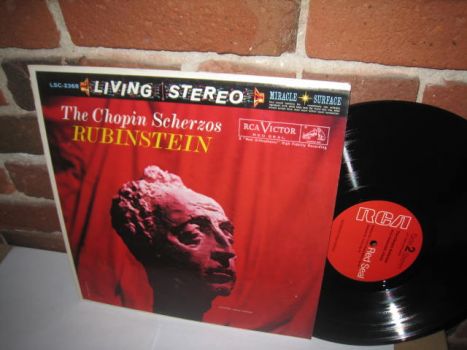 Artur Rubinstein was one of the greatest pianists of the 20th century. Born in Lodz in 1887, he took piano lessons in his native city and at the Warsaw Conservatory. In Berlin he continued his training and debuted there in 1900 under the musical direction of Joseph Joachim. This was followed by appearances in America and many European countries. At the beginning of the First World War, he vowed never to play again in Germany. As a Pole and Jew, he renewed this vow and maintained it till the end of his life.

After three decades of active concert activity, the bon-vivant Rubinstein took an artistic pause in 1932 and returned to public performance in 1937, at the age of 50. Rubinstein, the "blessed virtuoso" as Thomas Mann once called him, worked with the most famous musicians of his time, made recordings and was celebrated all over the world as the "pianist of the century."

Rubinstein's interpretations are considered to this day as exemplary and often unsurpassed. His multi-faceted repertoire, impeccable technique and irresistibly beautiful tone turned every performance into an event. Rubinstein played works from the German classic and romantic eras as well as Russian, Spanish and French piano works.


He devoted himself particularly intensively to the works of his fellow countryman Chopin and set standards in Chopin interpretation with his unsentimental playing. Rubinstein dominated the concert halls of the world for three quarters of a century. In 1976 he withdrew from the concert stage in London with a farewell concert, and in December 1982 he died in Geneva at the age of 95.


The sound is 46 years old (recorded 1959) and will challenge any recording done today! The sound is clean, clear, precise, and without piano "wobble" as could occur in older LPs. The playing is, of course, world class and very romantic. The critics have had at Rubinstein in the past decade or more as being too sweet, too romantic, and heavens knows what.


There are other great Chopin recordings of the Scherzos, but this man's playing is simply so comfortable and "right" that no one should be disappointed in hearing him, especially at this great price and wonderful sound!