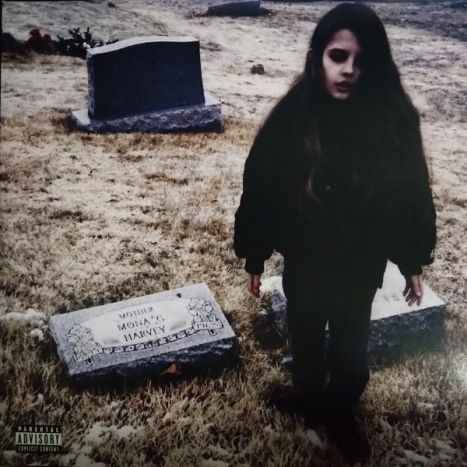 
Crystal Castles took video game tonality to a whole new level with their self-titled debut. Simple melodies electronically spelled out in front of brilliantly executed club beats were all the convincing critics needed for stellar reviews. Although Crystal Castles was embraced exponentially more in Europe, they rode the coat tails of bands like Daft Punk and Justice into American clubs.

With their second self-titled album, Crystal Castles have maintained a great deal of that 8-bit Atari sound while expanding and evolving into something much more. It is possible fans may find their new samples a bit less endearing with decreased nostalgia for sounds of their childhood, but the duo made up of Ethan Kath and Alice Glass certainly have some tricks up their sleeves that are worth giving a chance.

Crystal Castles opens with "Fainting Spells," a sort of nod to the duo's previous work, relies on a great deal of classic samples while discernable lyrics remain absent. As soon as "Celestica" begins, however, it is clear Crystal Castles have opted for change. Low bit samples are replaced with shimmering synthesizers that float above Alice Glass' vocals. Rather than continuing this relaxed club feel into the body of the record, "Doe Deer" provides Crystal Castles with a chaotic twist on the very next track.

One of the shining moments of the sophomore album comes from a techno cover of Sigur Ros' "Year of Silence." With music that nearly defines the opposite of Sigur Ros' musical style, Jonsi's vocals blend perfectly with the rhythmic style Crystal Castles has created.

With their second self-titled album, there is certainly plenty of creativity full of sounds never heard before in popular music. By the time "I am Made of Chalk" closes the album, Crystal Castles have set themselves apart from the other electronic artists making names for themselves today. Crystal Castles will doubtfully become a household name anytime soon, but anyone capable of opening their minds to a bit of the obscure will be greatly rewarded with this record.


I like that I can't understand what she's saying, it makes her voice like a lead sound/instrument and the melody is written in such a way that it's enjoyable with or without words.

One of the shining moments of the sophomore album comes from a techno cover of Sigur Ros' "Year of Silence." With music that nearly defines the opposite of Sigur Ros' musical style, Jonsi's vocals blend perfectly with the rhythmic style Crystal Castles has created.