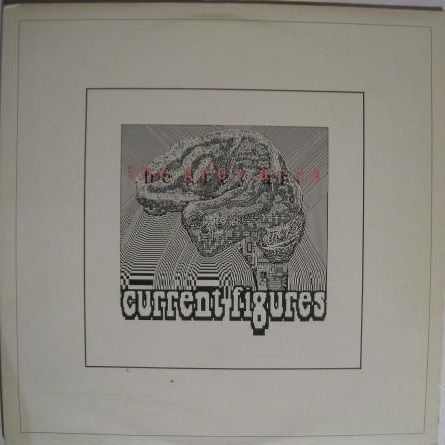 Record is VG+ VG++ has wear (listen to our copy)

A1 Current Figures
A2 Apples And Oranges

B1 Germ
B2 The Farmer Process

Vancouver was a proving ground for early synth-pop experiments, with Images in Vogue and Strange Advance .

.In the early 80s, dance music became less popular in the English-speaking world. It was to be reborn several years later. Punk rock whose appeal was confined for the most part to the United Kingdom morphed into new wave. The synthesizer, Bob Moog’s 1963 invention, had made appearances in rock throughout the 70s, but a number of British artists began experimenting with using the synthesizer as the lead and sometimes only instrument. This new electronic rock helped spawn a second British Invasion. Arguably, with acts like Images in Vogue, Strange Advance, Rational Youth, Blue Peter, Moev, The Spoons, and Rough Trade, Canada was more keen on developing synthesizer-driven pop than the United States.