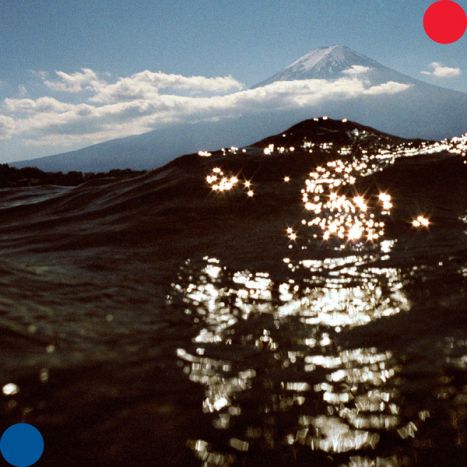 Freeze, Melt, the sixth album from the Grammy-nominated Australian electronic/synth-pop band Cut Copy. Lead single 'Love Is All We Share' earned praise from Rolling Stone ["meditative and immersive"], Stereogum ["hypnotic"], Consequence Of Sound ["a fitting mood for the current state of the world"], Pitchfork, The Line Of Best Fit, and numerous other outlets. Their 2011 album Zonoscope won two ARIA Awards, earned a Grammy nomination for Best Dance/Electronica Album, and reached #2 on Billboard's Dance/Electronic Albums chart, #3 on Australia's ARIA Albums chart, and #8 on the UK's Independent Albums chart. Their most recent album Haiku From Zero [2017] earned praise from NPR ["their finest album in years"], Stereogum [“a rush of infectious grooves and melodies"], Exclaim! ["another strong effort by a band that continue to celebrate the power of dance music"], and DIY. If Haiku From Zero was the party, Freeze, Melt is the Sunday morning comedown. Released independently via their own label imprint, Cutters Records.

"The album contains one anthem, "Like Breaking Glass", in which the synths splash and the percussion bubbles during the sort of habitually earworm-inducing chorus Cut Copy have long been celebrated for, and that surely pays for all those vintage analogue synthesizers. The song sounds sparse when played between thickly-braided anthems from In Ghost Colours or the endearingly overstuffed, festival-worthy uppers on Free Your Mind. Listened to in the context of Freeze, Melt – after the measured buildup of "Cold Water" and before the six-minute-long slow jam "Love Is All We Share" – the song reaches radio-friendly peaks.
Freeze, Melt isn't aimed at the radio, though. This time around, Cut Copy trade in accessibility for expansion and make their pop a touch more cerebral by imbuing it with elements of IDM and ambient music. The opening minute of "Cold Water" is reminiscent of the ambient compositions on keyboardist Hans-Joachim Roedelius's 1981 album Wenn Der Südwind Weht. Album closer "In Transit" is likely the closest Cut Copy will ever come to recording a Boards of Canada song. "Stop Horizon" doesn't introduce the rhythm section until about four minutes into the track.
"Rain" never introduces a drum track at all, opting for synthesizers akin to wind chimes and an arpeggiator backbone. The song introduces an organ tone and cathedral-sized harmony before moving into the climax in its final third, which is blanketed by a string section. No other Cut Copy song sounds like this. The band's short-run cassette from 2016, January Tape, included some ambient sketches, and most Cut Copy records include ambient interludes, but nothing as multifaceted as "Rain". The song feels worlds removed from the metropolis of Bright Like Neon Love. We're certainly not in the vicinity of any nightclubs.
Instead, Freeze, Melt is a fitting soundtrack for the landscape pictured on the cover. These are spacious tracks to complement clear blue skies, not lipstick-smudged anthems for strobe-lit mega clubs. Listeners who haven't tuned into Cut Copy since Zonoscape may be surprised by their latest direction, but longtime fans who welcome change from record to record will find something to enjoy out here in the country." ( pop matters)
More Information
Please sign in with your email address or Create an Account.
New Products
Compare Products
Compare
Clear All
You have no items to compare.
My Wish List
Last Added Items
Go to Wish List
You have no items in your wish list.
Vinyl Records Vancouver
Categories
Help
Quick Link
Newsletter