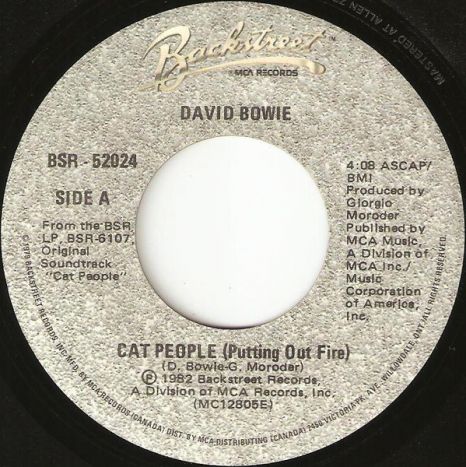 'One of my favorite movies from the 1980's, this is a remake of the beautiful, haunting 1942 CAT PEOPLE.

. David Bowie's theme song goes perfectly with the dark tone of the film, with a little goth rock influence thrown in. . The movie definitely goes off in some very Freudian directions, but it's hard to imagine another actress in 1982 who could so immediately suggest a panther than Nastassja Kinski with her hypnotic, green-eyed, thick-lipped beauty."

Giorgio Moroder - Paul's Theme (Jogging Chase) is a Giorgio Moroder masterpiece! ..Duran Duran used this before they came on stage for their 1982 Rio tour