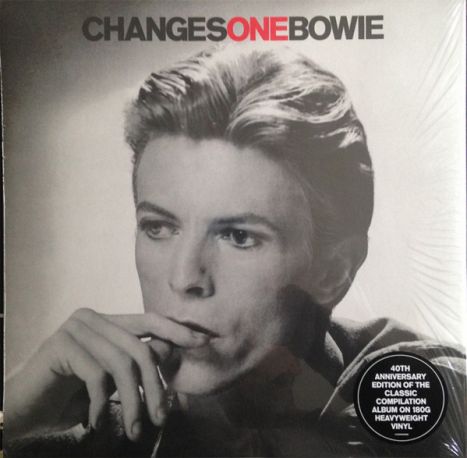 The 1960s were not a happy period for Bowie, who remained a struggling artist, awaiting his breakthrough. He dabbled in many different styles of music (without commercial success), and other art forms such as acting, mime, painting, and playwriting. He finally achieved his commercial breakthrough in 1969 with the song "Space Oddity," which was released at the time of the moon landing. Despite the fact that the literal meaning of the lyrics relates to an astronaut who is lost in space, this song was used by the BBC in their coverage of the moon landing, and this helped it become such a success.

The album, which followed "Space Oddity," and the two, which followed (one of which included the song "The Man Who Sold The World," covered by Lulu and Nirvana) failed to produce another hit single, and Bowie's career appeared to be in decline.

However, he made the first of many successful "comebacks" in 1972 with "Ziggy Stardust," a concept album about a space-age rock star. This album was followed by others in a similar vein, rock albums built around a central character and concerned with futuristic themes of Armageddon, gender dysfunction/confusion, as well as more contemporary themes such as the destructiveness of success and fame, and the dangers inherent in star worship.

From the serenely eerie SPACE ODDITY and wham-glam of SUFFRAGETTE CITY, to the neo-soul of YOUNG AMERICANS

"Young Americans," a soul album. This produced his first number one hit in the US, "Fame."

: Adrian Belew plays guitar on some of the most seminal Bowie albums in the 70s ! Okay, he may appear like an unreliable car dealer, but he is an ace guitarist !

Mick Jagger, Freddie Mercury and David Bowie were the three only people to ever live that could pull off that look and still be baddass

The thing that makes him great is he's a PERFORMER people today don't understand they're performers! It's their job! You don't just sing kareoke in jeans and a tee shirt you perform! Bowie performs in dance, singing, playing, costume and makeup