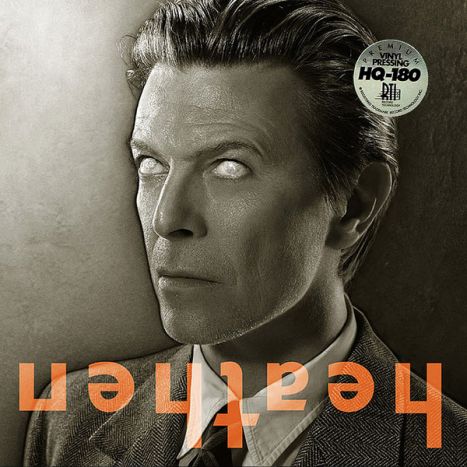 
Heathen" is an all-around amazing album. But I will say that if you only like one or two of David Bowie's albums, and aren't really a Bowie fan, then you probably won't like it, since this album is sort of quintessential Bowie. (One consequence of Bowie's huge range of musical styles is that certain albums which are different from everything else he's done--such as "Outside"--have picked up some fans who are only fans of that album and disparage all his other work.)


Most actual Bowie fans will adore this album, since it's a mixture of many of his older sounds (for example, "Slip Away" sounds almost like a sequel to"Life on Mars"), so it feels very familiar, while having a completely new sound as well. The cover songs are fantastic (one little note about the covers: I think people might appreciate the rather goofy song "Gemini Spacecraft" better if they heard the even goofier original version by Legendary Stardust Cowboy... this song is NOT meant to be taken seriously!!).


However, I think Bowie's own songs are the best on the album. "I Would Be Your Slave" and "5:15 the Angels Have Gone" are stunningly beautiful-- they are two of my favorite Bowie songs ever, which is saying a lot. My other favorite songs on the album are "Afraid", "Everyone Says Hi" and "Heathen (the Rays)". "Sunday" has been the the most challenging song for me; it's slow and meanders in an almost classical-music kind of way, and bored me a little at first, but I love it now. There is no bad song on the album, and every song is completely different, so there is something for everyone (everyone who is a Bowie fan anyway), or for any mood you find yourself in.