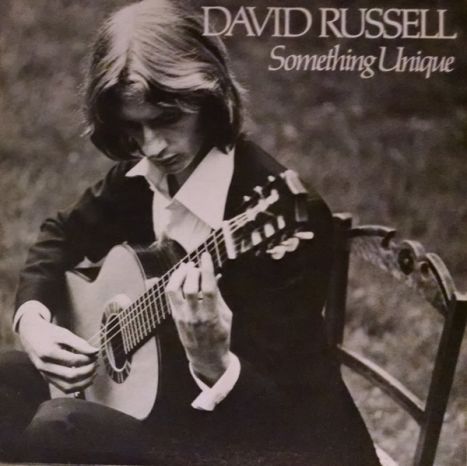 A1 Adagio And Polenesa
A2 Capriccio Diabolico

B1 Prelude Tiento And Toccata
B2 Five Pieces From Venezuela

David Russell (born 1953 in Glasgow) is a classical guitarist. He plays Matthias Dammann guitars. Widely known for his near flawless tone and diverse repertoire, Russell is one of the most distinguished and accomplished classical guitarists in the world.

When Russell was five years of age, his family moved from Glasgow to Menorca, where he became interested in the guitar, imitating the likes of Andrés Segovia and Julian Bream.
Today, Russell resides in Galicia, but spends most of his time touring, appearing in such cities as Barcelona, New York City, London, Tokyo, Los Angeles, Madrid, Toronto, Amsterdam, and Denver. He is regularly invited to play in music festivals.