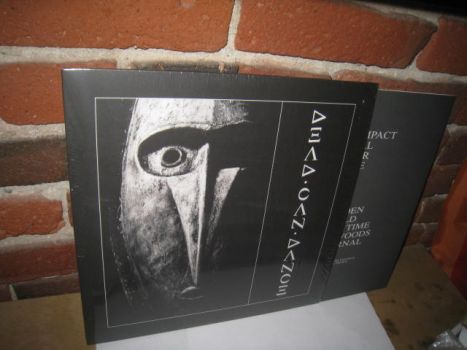 Dead Can Dance: On their eponymous debut album, originally released in 1984, Dead Can Dance successfully harnessed a bewitching barrage of sounds, layering grinding guitars and even a dulcimer-like yang chin over a taut wash of percussion. If the range of the group is staggering, then so too is their disciplined economy, no song lasting more than four minutes or degenerating into formless cacophony. With the five group members continually interchanging instruments, only the vocals of Lisa Gerrard and Brendan Perry remain as a constant focus.


Brendan Perry and Lisa Gerrard are Dead Can Dance. Their music began as collages made from musical lineages, lost tribes and cultures long since forgotten - and by giving new life to so much from the past, they created a genuinely timeless body of work. They shared vocal responsibilities, and while Perry was certainly capable of haunting subtleties and real sonority as a singer,
it was more often Gerrard's rhapsodic vocalizing that drew the attention of critics and fans.

In a sense, Gerrard didn't simply sing for Dead Can Dance: she made sounds with her voice, and turned that experience into something much larger and more far-ranging than mere singing.

Perry's soundscapes blur distinctions between organic and sampled, old and new, drawing on disparate traditions (neoclassical, choral, baroque, troubadour) and weaving together influences from Eastern Europe, the Middle East, Asia, North Africa, the Mediterranean and beyond.

Somehow Dead Can Dance managed to create a world of profound artistic integrity while simultaneously appealing to fans of what was termed 'alternative rock' music. And in so doing Dead Can Dance became - over the course of their career - 4AD's most internationally successful artists.
More Information
Please sign in with your email address or Create an Account.
New Products
Compare Products
Compare
Clear All
You have no items to compare.
My Wish List
Last Added Items
Go to Wish List
You have no items in your wish list.
Vinyl Records Vancouver
Categories
Help
Quick Link
Newsletter