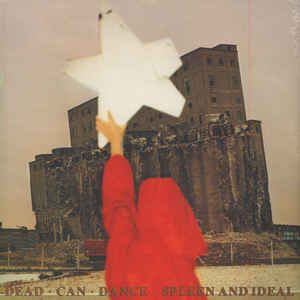 Dead Can Dance - Spleen And Ideal

atmosphere."ascension","Cumirant dawn","Mesmerism" are really scary and fascinating at the same time,

while Brendan Perry's songs have got more traditional new wave rock feeling.
"The cardinal sin" is very hipnotising with it's dark lyrics,trumpets,gloomy bass riff and ocasionally played piano. "advent" is the most normal sounding song compared to the rest of album. "Indoctrination" is a great ending to the album." ( amazon customer)


"Nearly every song has a particular element or edge to it, making it immediately attractive and fascinating, just listen to the majestic trombones of "Ascension", the pulsating dance beats of "Mesmerism", the booming, primeval bass drums of "Enigma..", or the crystalline synths of "Advent". Always employed with rare skill and grace, the medieval elements of this album evoke a deeply touching, ecstatic mood without ever sounding trashy or unfocused. " ( amazon customer)