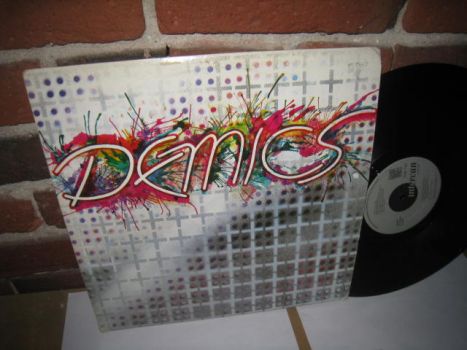 Skip to the beginning of the images gallery
Details
Demics

The Demics formed in late 1977 in London  London, Ontario, Canada, that is. The punk rock group consisted of lead singer Keith Whittaker, guitarist Rob Brent, bassist Iain Atkinson, and drummer Nick Perry. The guys got their start at small rock clubs and bars, finding a willing and waiting fan base. The Demics offered their audiences a combination of popular numbers from other groups, as well as original works. After a few gigs, drummer Jim "J. D." Weatherstone found his way into the mix. It would be nearly three years later, after a breakup and reconciliation, before guitarist Steve Koch stepped in.

In 1978, the Demics had gained enough fame to land spots opening for a number of big punk rock- and new wave-style acts. A few months later, the band released a debut five-track EP, Talks Cheap. The vinyl record is now a hard-to-find collector's commodity. The biggest hit the group had from the recording, and the song the Demics is probably best known for, was "New York City."

The next year proved less fruitful, as frustrations took their tolls and the original band called it quits. By the start of 1980, the Demics was back with a change in the lineup that included Koch. In a very short time, the group's first full-length offering, a self-titled album released under the Intercon Records label, hit the market. The single "New York City," from the earlier EP, remained the only really popular song by the group. By 1981, the members had tossed in the towel again.

Over a decade later, in 1996, after "New York City" was picked as the best single from Canada ever, a compilation album with 27 tracks from the Demics was put together for the delight of fans. Sadly, that same year, founding member and lead singer Keith Whittaker lost a battle to cancer. Some of the punk rock tunes on this last offering include "Mercy Killer," "The News," "Neutron Bomb," "I Wanna Know," "Cowboys Are Fags," "All Gone Wrong," and "Public Opinion."
More Information
Please sign in with your email address or Create an Account.
New Products
Compare Products
Compare
Clear All
You have no items to compare.
My Wish List
Last Added Items
Go to Wish List
You have no items in your wish list.
Vinyl Records Vancouver
Categories
Help
Quick Link
Newsletter