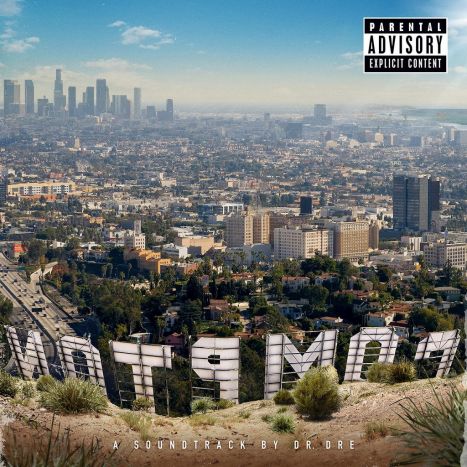 Compton - A Soundtrack By Dr. Dre


The Chronic Album was the emergence of Snoop Dog. The Chronic 2001 was Eminem's coming out party. The Compton Album features a young cat named Anderson Paak who, like Snoop and Em, is now a household name . You can hear his sound on most of the tracks on this album. However his main 2 are All in a Days Work and Animals. In my opinion, Anderson Paak is the reason to buy this album.

At the first listen I was a little shooked by the shift of sound from G-Funk, but really when I pressed replay, I thought that this album was first of all a great body of work and that it had more "depth" than his first two classic albums. Yeah they are amazing and legendary, but just few of them tracks wouldn't talk about weed, women, alcohol or just straight gangsta ballin'. Which is fine for me, but probably not for the Doc.

Here you don't have a simple "music" record. It's really a soundtrack in the sense of being a musical cinematic experience.

Some of the tracks are not the ones you listen to relax or get pumped up and are a little too hard (especially at the first listens) for example Deep Water, Darkside/Gone, Medicine Man... but once you go through that, they are rewarding. You cannot appreciate this album without the lyrics for these songs. They aren't soft for nothing, but they give a glimpse of the violence, the sense of hopelessness and desparation of a place like Compton (search for genius to get the full meaning of it).

Then we have tracks like Talk About It, Genocide, All In A Day's Work, Loose Cannons, Issues, Just Another Day which actually get you pumped up as hell and are pretty much what you would expect from a Gangsta rap record: aggressiveness and fast and thug lyrics. They have a modern sound spread all over them.

Then we have three pure gems, which are rewarding since the first listen and get better and better everytime you hear them: It's All On Me, Animals and Talking To My Diary. These three tracks really shine (for me) above the rest (which is really impressive in its own right) and they really are what you can expect from the Doc and much more. What I mean by this is these tracks have a "classical" rap production (DJ Premier on Animals) and they could have well fit in a 90s hip hop album; they have a deep autobiographical (It's All on me and Talking to my diary) or social (Animals) meaning... and a very distinct sound that puts them apart from the rest for their simplicity and at the sime time for their momentum. Really... for a Dre fan the closing track is probably the best thing he has ever created.

What we have here is in fact, in my humble opinion, a CINEMATIC album or an HIP HOP OPERA; something a little different fron Dre's past body of work. And I feel (maybe) why he scrapped the Detox tracks. Not because they were bad, but because they were nothing INNOVATIVE. Think about it. What good it would do to have some tracks that had that g-funk sound again and again. If you want to, you can search for the mixtapes that contained them, but would I trade them for this? Hell no, because this is pure ground-breaking music. Some of the tracks don't even fit to a genre.