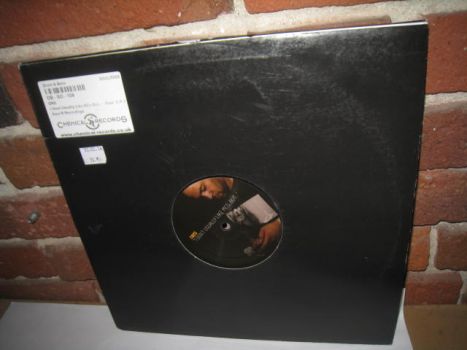 Skip to the beginning of the images gallery
Details
DRS - I Don't Usually Like MCs, But...


ts a pity if you dont like MCs, because you probably wouldnt give this drum and bass album a listen! in 2012 The Manchester based MC DRS of UK HipHop Crew BrokenEnglish has dropped his debut album on Soul:R. It features artists like Marcus Intalex, Calibre, dBridge, Dub Phizix, Lynx, Enei and Lenzman, just to name a few.

Its by far the best drum and bass influenced album Ive heared in ages,
Anyway, if youre into dark dnb beats and versatile rap lyrics, you need to check this out!
More Information
Please sign in with your email address or Create an Account.
New Products
Compare Products
Compare
Clear All
You have no items to compare.
My Wish List
Last Added Items
Go to Wish List
You have no items in your wish list.
Vinyl Records Vancouver
Categories
Help
Quick Link
Newsletter