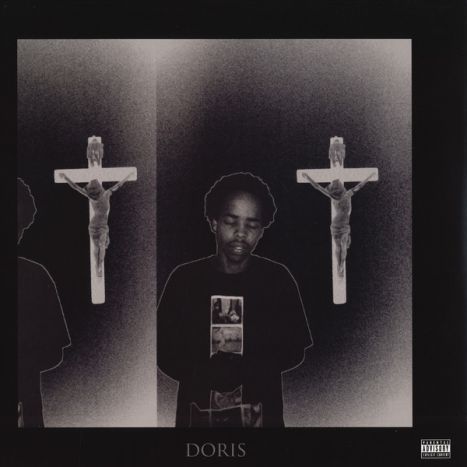 
In 2010, a then 16 year old kid from California, Earl Sweatshirt (Thebe Kgositsile), released a mixtape called "Earl." He had recorded it predominantly with the help one of his best friends--Tyler, The Creator. Tyler was the magnetic force of nature behind rising rap/production/art crew, OFWGKTA (aka Odd Future). Together with Tyler's self released album "B***rd", suddenly the Odd Future kids were blowing up the underground rap scene. While Tyler was volcanic and seemingly delighted in seeing how obscene and strange his bars could be, Earl was quieter though no less extreme--and yet also displayed a shockingly arresting skill at wordplay. Despite the DIY production and rather murky beats, Earl became one of the most buzzed about rappers of the year with the mixtape "Earl" making several respected "best of the year" lists.

Then suddenly Earl disappeared off the internet and off of Odd Future's mixes. For two years, people wondered what had happened to Earl while Odd Future released crazier and crazier explanations for his absence, which played no small role in contributing to the mystique of Odd Future. Eventually, it was leaked that Earl's law professor mother had sent him to a school for "at risk" boys in Samoa. And then Earl was suddenly back just as quickly as he had been gone. However, while Earl had been off isolated from the world--the world was focusing in on Earl and the Odd Future crew. Tyler had started working with veteran music jack of all trades, Christian Clancy, who had been instrumental in guiding Eminem's early career. Odd Future member Frank Ocean was setting the r&b world on fire. People were listening. All eyes were on what Earl would do now with virtually total freedom over his music not to mention direct access to the best of what the rap industry had to offer.

Which brings us to "Doris." Light years more mature than "Earl", Earl has realized that shock tactics and gleeful fantasy rapes and killings quite simply cease to shock and lose their impact. Instead, Earl turns his insecurities and frustrations inward, offering up both intimate details of his life as well as a glimpse of the now man behind the Earl mask. The absence of his acclaimed poet father (Keorapetse Kgositsile), his loving but push/pull relationship with his mother, and his insecurities of dealing with such sudden and high expectations are all laid bare. One of the most rightfully talked about lines of the album comes from "Chum": "It's probably been twelve years since my father left, left me fatherless/ And I just used to say I hate him in dishonest jest/ When honestly I miss this n****, like when I was six/ And every time I got the chance to say it I would swallow it."

Now the music is a step above what many of the Odd Future crew have been putting out, and yet it still is within the same similar style of synth laden spare beats. There are virtually zero hooks on this album, almost being an endless stream of simply rap. This is both refreshing as well as one of the album's more annoying aspects. Aside from the real standout tracks, the rest of the album is practically a stream of consciousness as opposed to sounding like individual songs. Intriguing, but I'm not quite sure that this works out in the way that Earl intended.

There are a couple of songs, notably the Neptunes produced "Burgundy" that have a unique flair--but the rest fall into a similar pattern despite having different structures and being produced by a slew of different guys like fellow OF crew members Tyler and Matt Martians, not to mention Alchemist, Flying Lotus and more. It's interesting that Earl himself actually co-produced much of the album under the pseudonym "randomblackdude" along with Christian Rich (J. Cole, Lupe, Pharrell). Still, there is a cohesive, sleepy, muffled dissonance that is pervasive throughout the whole album. It's fitting for the lyrics, and Earl's slower delivery--and yet at times it feels like you're just slogging through without needed pops of relief.

For as many producers as appeared on this album, there are almost as many features like Mac Miller, RZA, Domo Genesis and Vince Staples. Herein lies my second big gripe with this album. For supposedly being all about Earl, this album has very little Earl actually on it. There are literally just four tracks without a feature--and two of those don't really count. Sometimes it pays off in spades--the emotional Frank Ocean track "Sunday" is perhaps the best song on the album, and the songs with Tyler have a palpable energy as they just feed off of each other. However, the album starts off with a weak track featuring no-name SK La'Flare, and you can't help but wonder why someone simply didn't just tell Earl no. Quite simply, this would have been a much stronger album if there was literally just more Earl.

"Doris" is part confessional, part coming of age, and yet part wholly detached and unaffected teen cool. Though "Doris" is no "Earl" in terms of graphic content, it's no "Heist" or "Recovery" either, so if "Relapse" era Eminem isn't your thing--you're probably not going to love "Doris." Although, quite frankly I doubt this will be an album that many will "love" or push as a classic. It's not. It's so insular that my appreciation of it is more academic than emotional (though if I'm in the right mood it can really hit home). What it is though, is a very exciting debut of potentially one of rap music's biggest future heavyweights. It reaffirms Earl's prodigious talent (especially at internal rhymes) and shows how exciting and adventurous rap can be when not overburdened with creating radio hits. This is much hungrier, much rawer and much more skilled than almost all of the mainstream rap releases of 2013--Jay included. And so for that, five stars.