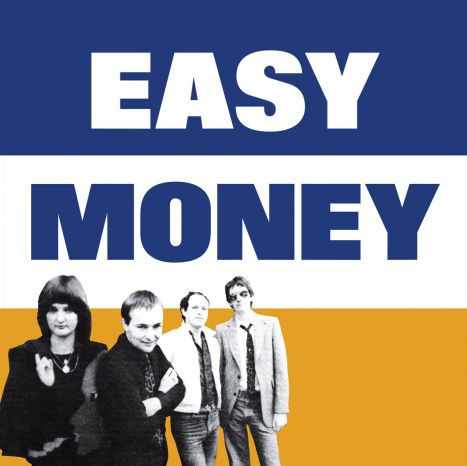 All songs by Karl Hourigan, except "No Stranger To Danger" (Hourigan/Seale) and "Young And Overequipped" (Hourigan/Hill).
All compositions 2016. All rights reserved.
All songs engineered by Rob Lifton (except A1, A2, B1 & B2, by Tony Moskal).
2016 Hosehead Records (except A1, A2, B1 & B2, 1981 Richards Records)
This collection produced by Josh Nickel.

Easy Money were a four-piece power pop band prominent in the Victoria, BC punk and new wave scene from 1979-1983. They released two sought after singles on local Richards Records in 1980, but they also recorded a slew of would be hits themselves. For fans of classic Canadian power pop such as Pointed Sticks, Young Canadians, Teenage Head, etc.

This LP compiles both of their released singles, as well as 11 more perfect unreleased (but essential) power pop tracks that haven't seen the light of day until now.