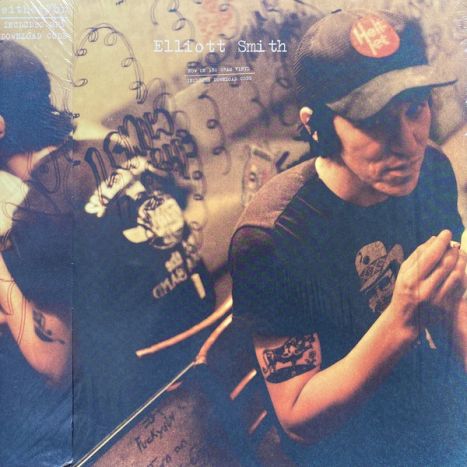 Elliott Smith ‎– Either / Or

A1 Speed Trials
A2 Alameda
A3 Ballad Of Big Nothing
A4 Between The Bars
A5 Pictures Of Me
A6 No Name No. 5

Blessed with the voice of a wispy angel, Elliott Smith creates sad little pop songs, which, like the work of Nick Drake (to whom he's been compared) threaten to disappear into the night air. Several of the tracks here were featured in Gus Van Zant's movie Good Will Hunting, and they're among the album's best (though "Miss Misery," nominated for an Academy Award is only available on the soundtrack album). "Angeles" and "Say Yes" are bittersweet laments that feature Smith's idiosyncratic guitar picking, which is well served by the album's decidedly low-fi production


Elliott Smith's music is so sincere and brutally honest that just him and his acoustic beat all those mainstream fishooks out there today. The acoustic fingerstyle does conjure up the ghost of Nick Drake. The album has great dual layered vocals on songs like Angeles and Between the Bars which are reminiscent of the best harmonies from Simon and Garfunkel. This truely is the work of a fine musician  .