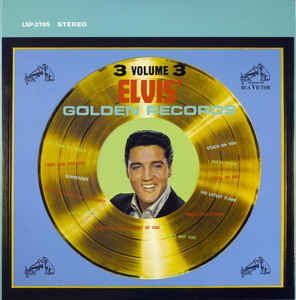 
The album was the third volume of an eventual five volume collection, and his eighteenth altogether. It is a compilation of hit singles released in 1960, 1961, and 1962.

Golden Records Volume 3 comprises eight Top Five A-sides along with four b-sides which also made the Top 40, "Fame and Fortune", "I Gotta Know", "Little Sister", and "Anything That's Part of You". Five A-Sides, "Stuck on You", "It's Now or Never", "Are You Lonesome Tonight?", "Surrender", and "Good Luck Charm" went to #1. "It's Now or Never" had been adapted from the 1898 Neapolitan song "O Sole Mio," and "Are You Lonesome Tonight", a ballad from 1926, had been a rare request from Parker to Presley for Parker's wife.
As with the other titles in the series, all singles in this compilation are certified by the RIAA as attaining gold status with sales of at least 500,000 copies