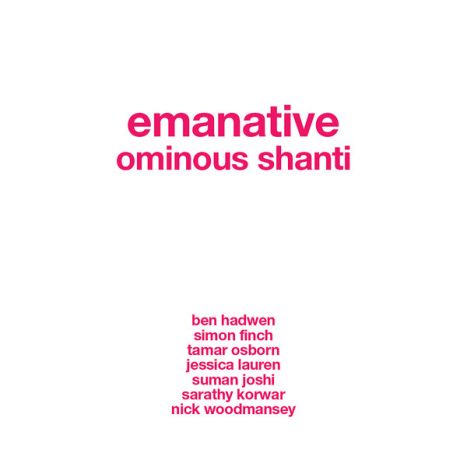 "Ominous Shanti is the latest track from the wonderful percussionst / band leader Emanative (AKA Nick Woodmansey) and true to his name it is a marvelous original concoction of eastern sounds, punching horns, trance - inducing rhythms and Miles like inprovisations. Do yourself a favor and put it in your earhole!"

"So this is a new one from Emanative, that's the Collective that belongs to Nick Woodmansey …
I might have to drop again next week because I love it so much!"

“This is a track called Black Enchantment from Emanative … a really good tune!”