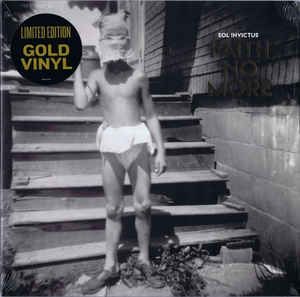 
After 18 years, the seminal Faith No More return with a new album and it is superb! I personally didnt expect this album to be this good as Id been pretty disappointed with King for a Day and Album of the Year (both excellent in parts but not consistently so) and felt the guys must have lost their magic. Well Im glad to say they have put out a cracking album here that really grows on you the more you listen to it. Sol Invictus may not have quite the scope, loftiness or momentousness of The Real Thing or Angel Dust but then it doesnt try to. However, all the hallmark FNM qualities are present; it is a musically rich tapestry of riffs, catchy hooks, quirkiness and punchy rhythms that FNM are known for. It delves in and out of The Real Thing, Angel Dust and Album of the Year and even a little Mr Bungle yet has its own fresh identity.

Every band members talent is plain to hear, Goulds funky throaty bass sounds better than ever, Bordins pummelling is as spectacular and exhilarating as always, Bottums keyboards here are more piano orientated than synth and Jon Hudsons guitar work is a definite step up from his lacklustre work on AOTY.

But special mention must to go to Patton, his unique vocal talents are a marvel to listen to as always, hes lost none of his range or inventiveness and this is some of his finest work outside Mr Bungle. The way he effortlessly morphs from hardened ageing cowboy at the middle section of Cone of Shame straight into full on blistering death metal growling is just riveting and the most exhilarating singing Ive heard since Mr Bungle disbanded.

Every track for me are very enjoyable listens and work well together and the albums relatively short running time of 40 mins feels about right. However, standout tracks for me would be opener Sol Invictus, a haunting and morose piano led track with a gorgeous chorus. Nice guitar work in the background here.

Superhero is pure vintage FNM straight from the Angel Dust era, a great bouncy rhythm section, catchy and heavy. Sunny Side Up is a very fun piece of catchy pop and shows FNM havent lost their sense of humour. Separation Anxiety and Cone of Shame show that FNM have lost none of their energy and are classic blistering marvels. Matador seems to be fast becoming another fan favourite and its grown on me a lot since I first heard it, it feels designed to be this albums The Real Thing or King for a Day, And as is customary, the record ends on a more accessible piece of gorgeous pop with From the Dead sounding like a cross between classic REM and FNMs own Just a Man. A great way to end the album and give themselves a pat on the back.

Faith No More - Sunny Side Up (Official Video)