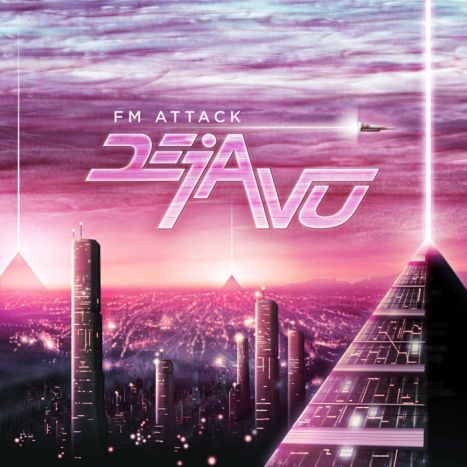 B1 Fade Away
Written By, Producer – Julian Sanza
B2 Runaway
Vocals – Kristine (5)
B3 Tears Don’t Lie
B4 Lost Angeles

Some great tracks on this. The standout for me is "Fade Away", which is an exquisite synth trk! , but there are plenty of other good support tracks (particularly "Activate", "Runaway" and "Lost Angeles").

There are some names that are synonymous with a certain sound and era. Names that instantly bring to mind a defined sound. One of those names is FM Attack. Gaining huge recognition in the blog house explosion a number of years back, Shawn Ward aka FM Attack quickly cut out a retro-futuristic sound that completely captures the synthpop boom of the 80s.

His first full-length album since the stellar “Dreamatic,” FM Attack proves that he’s still nailing that pure and beautiful sound that he’s known for. “Deja Vu” is comprised of 8 tracks that glisten with sparkling synths, dreamy pads, and driving percussion. , check out the 80’s style promo video for the album,