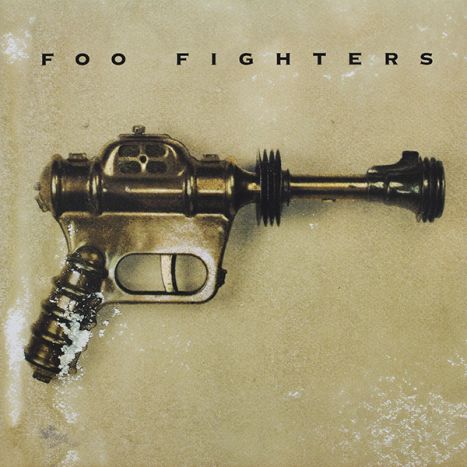 B1 Weenie Beenie
B2 Oh, George
B3 For All The Cows
B4 X-Static
Guitar  Greg Dulli
B5 Wattershed
B6 Exhausted


The Foo Fighters have moved to bigger and better acclaim for their later albums (e.g. _The Colour & The Shape_, et al.), but to me, the albums that followed this one, their debut, while good, were not as compelling, due to the more polished sound that would creep up on those albums.


The rawness of this album is what helps give it more of an intimacy, not to mention the fact that, with the exception of one song, the whole album is performed by Dave Grohl: guitars, bass, drums, and vocals -- all Dave. The intimate feel of this album (yeah, an "intimate" album that "rocks," go figure, but it works) is what makes it my absolute favorite in the Foo Fighters catalogue.

As many know, Dave was the drummer of Nirvana, and many would think that Dave trying to form his own band after the split-up of those Seattle juggernauts, would prove to be an embarrassing failure. This was *hardly* the case, as The Foo Fighters are an *excellent* band, and I *personally* don't think about Nirvana's ghost while listening to The Foo Fighers; this alone should tell you something
In other words, The Foo Fighters (to me) stand on their own, and don't remind me much of Nirvana.

Recorded in one week during October of 1994 (just months after Kurt Cobain's death, and Nirvana's demise), but released in July of 1995, this debut album is jam-packed with chewy, sweet-tasting pop confections -- of course shielded with lush, heavy guitars which produce a thick wall-of-sound -- and is hard not to fall in love with.

, it's one thing to know Dave has talent as a vocalist, drummer and tunesmith, but to know he almost *literally* single-handedly did the album by himself -- writing the songs, playing *all* of the instruments -- just makes one a bit envious of his talent.


Along with pounding, melodic rockers like "This Is A Call," "I'll Stick Around," "Good Grief," not to mention the pleasantly goofy, get-in-the-mosh-pit intensity of "Weenie Beenie," you get tasty Beatle-esque melodicism and craftsmanship in "Big Me," and speaking of The Beatles, you get a beautifully-atmospheric rocker in the form of "Oh, George," which is a tribute to no other than George Harrison (supposedly his favorite Beatle), and superbly-made tracks like "For All The Cows," which amalgamates elegant bluesy 7th chords, fronted by Dave's smooth-as-silk vocals for the soft parts on the verses, before bursting into explosive, heavy choruses. To close out the album, you get the oceanic, atmospheric heaviness of "Exhausted."

This is an *excellent* album; one of the very best "alternative" albums of the 90s; an album where *every* track on the album is as good as gold. I'd put it in my "top 10" of favorites from the 90s "alternative" scene. It's *that* good, and it holds up quite well after nearly a decade since it's release.

Foo Fighters - This Is a Call