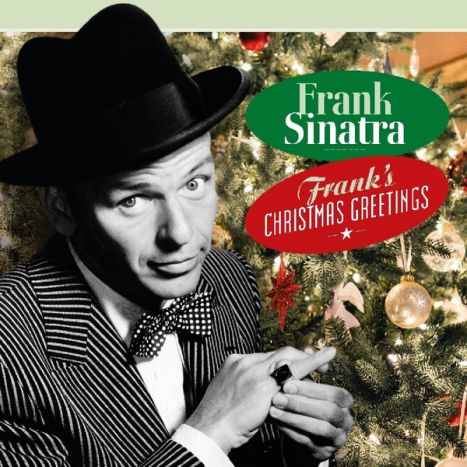 Side A:
1. Jingle Bells
2. The Christmas Song
3. Mistletoe And Holly
4. I'll Be Home For Christmas
5. The Christmas Waltz
6. Have Yourself A Merry Little Christmas
7. The First Noel
8. Hark, The Herald Angels Sing
9. O Little Town Of Bethelehem
10. Adeste Fideles

Side B:
1. It Came Upon A Midnight Clear
2. Silent Night

Originally released in 1957, this Christmas album From Frank Sinatra was the first full-length Christmas album for Ol' Blue Eyes. The recording features the Ralph Brewster Singers along with a Gordon Jenkins conducted orchestra. The album includes the holiday favorite "Mistletoe and Holly" which was co-written by Sintra himself.

Christmas, to some it's a tree by the fireplace tipped with a gleaming star, to others a reflective hour in church surrounded by flickering altar candles and stained glass windows, or the long-awaited sight of loved ones.

Frank Sinatra is the perfect choice for such an album. In the course of his unique career, he has experienced not only the joy of success, but also the solemn years of struggling. Now, as a fully mature artist, Sinatra rings responsive chords in millions. What you hear, then, as you listen," is a man whose understanding enables him to sing these songs with equal feeling and beauty.

Anyway, this album is THE classic Christmas album. If anything else, the first track, Jingle Bells, is probably the song that is out of the place here. This was his Xmas concept album ... and a great one it is. This is the standard that all other Xmas albums are based on. This is the album you play in the background and it just "fits" the season ... it wouldn't be Xmas if you didn't hear this music at least once ...