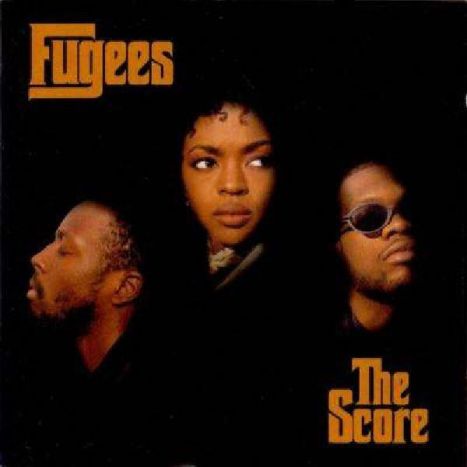 
B1 Fu-gee La
B2 Family Business
B3 Killing Me Softly


The Score is the second and final studio album by the hip hop trio Fugees, released worldwide February 13, 1996 on Columbia Records. The album features a wide range of samples and instrumentation, with many aspects of alternative hip hop that would come to dominate the hip hop music scene in the mid-late 1990s. The Score's production was handled mostly by the Fugees themselves and Jerry Duplessis, with additional production from Salaam Remi, John Forté, Diamond D, and Shawn King. The album's guest raps are from Outsidaz' members Rah Digga, Young Zee and Pacewon, as well as Omega, John Forté, and Diamond D. Most versions of the album feature four bonus tracks, including three remixes of "Fu-Gee-La", and a short acoustic Wyclef Jean solo track entitled "Mista Mista."

Upon its release, The Score was a commercial success, peaking at the number one spot on both the Billboard 200, and the Top R&B/Hip Hop Albums chart (it was a number-one album on the latter in 1996 on the year-end chart). The singles "Killing Me Softly," "Fu-Gee-La," and "Ready or Not" also achieved notable chart success, and helped the group achieve worldwide recognition.


On October 3, 1997, The Score was certified six times platinum in sales by the Recording Industry Association of America (RIAA). In addition to receiving mostly favorable reviews upon its release, the album has garnered a considerable amount of acclaim over the years, with many music critics and publications noting it as one of the greatest albums of the 1990s, as well as one of the greatest hip hop albums of all time. In 1998, the album was included in The Source's 100 best rap albums list, and in 2003, it was ranked number 477 on Rolling Stone magazine's list of the 500 greatest albums of all time.

Their remake of "Killing Me Softly" was the hit, but that's only the beginning of the story. A hip-hop trio whose talents reach out into the world of the pop song (Wyclef Jean is a fine guitar player, and Lauryn Hill's a heck of a singer), the Fugees are also all distinctive, inventive rappers--you find yourself waiting for each of them to take the next verse in turn. The beats are the familiar crossed-armed boom-bip, but the group's understated grooves and subtle effects lie low in the mix. Aside from two kicky covers of classics (the other is Marley's "No Woman, No Cry"), The Score's focus is on the stars' rhyming with the free-form grace of performance poets and showing that they've thought deeply about the issues they raise.


"The Beast" opens with a dragging and throbbing beat that is tired and exhausted. The deep and suffocating atmosphere of the urban underground can be felt completely here and the lyrics are once more superbly arranged and performed. "Fu-gee-la" brings something to the album that has been missing up until this point - a catchy vocal arrangement. With a heavy beat and brilliant rapping, the song effortlessly switches between Wyclef's serious lyrics to Lauryn's fun-loving sung-chorus in that awesome voice of hers. "Family Business" has a distinctive and hidden beat that is incredibly deep and ambiguous, whilst Lauryn's chant of "Ha-ha, ha-ha" in the background is spine-tingling. A great song that is unfortunately forgotten as soon as the next song plays - truly one of the greatest cover versions of all time...

Yes, it's the multi-million selling mammoth No.1 "Killing Me Softly." Lauryn Hill completely owns this track with her tear-inducing voice that caught the ears of millions worldwide. This was the song that made the Fugees international superstars, and Lauryn brings something to the song that Roberta Flack never could originally. "The Score" is held together by a thrilling and haunting beat that breaks down each verse and enhances the choruses, whilst samples from each of the previous songs play to remind you of what you've just heard. "The Mask" offers a metaphorical observation on the identity of people and warns the listener to be aware the false motifs of others, "Yeah everybody wears the mask but how long will it last?" "Cowboys" has a catchy beat with some really truthful lyrics about the dangers of gun crime. A serious topic is perfectly contrasted with Wyclef's hilarious cowboy chant "Oh-lee-i!"

The third single to be taken from the album was "No Woman No Cry," a fantastic cover of the Bob Marley track. The guitar strumming is totally different to anything else on offer on the album. "Manifest/Outro" is the album's final proper track, and the music is hardly present at all.


The Fugees do justice to the originals on there covers for "Killing Me Softly With His Song" (Roberta Flack) and "No Woman, No Cry" (Bob Marley), both of these songs are off the hook. I wont front either, I had never heard the original versions back in 96, but have since listened to and enjoyed them and become a Bob Marley fan, thanks to this album.

Love the instrumentals, Fugees rhyming and Lauryn Hill's outstanding vocals on "Ready or Not" and "Fu-Gee-La". The Fugees rip "Zealots" warning other MCs not to mess around, and talk about police discrimination on "The Beast". The darkly deep "Family Business" with Omega and Forte is another sick track. Both the "Fu-Gee-La" mixes are good, I especially like the "Refugee Camp Remix". Individually and collectively the Fugees shine on the "The Score" an album for every Hip Hop collection.

"Fu-Gee-La" is the first single from the Fugees' second album, The Score. The song, which was produced by Salaam Remi, contains a sample of "If Loving You Is Wrong, I Don't Want To Be Right" by Ramsey Lewis, and its chorus is based on "Ooo La La La" by Teena Marie. Several remixes of the song, including the "Refugee Camp Remix" and the "Sly & Robbie Remix", which features Young Akon, also appear on The Score. It is the highest-selling single from the Fugees, and has been certified gold by RIAA. The music video for Fu-Gee-La was filmed in Jamaica. It follows a robbery-related concept, with each band member taking on a particular role.


The Fugees - Ready or Not


The Fugees - Killing me softly