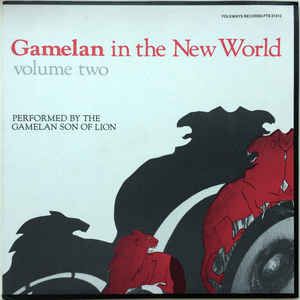 Gamelan Son of Lion is a 1982 new music repertory ensemble based in downtown New York City specializing in contemporary pieces written for the instruments of the Javanese gamelan. The ensemble was begun by a core group of composers: Barbara Benary, Daniel Goode, and Philip Corner. Its repertoire centers on new compositions by these and other American composers, both ensemble members and commissioned guests. The repertoire represents a variety of contemporary music styles. The gamelan has also performed experimental works by Indonesian composers, a number of pieces involving gamelan with electronic music, and several theatre works involving opera, wayang kulit, multimedia and dance. More than a hundred pieces have been premiered by the ensemble since its inception.