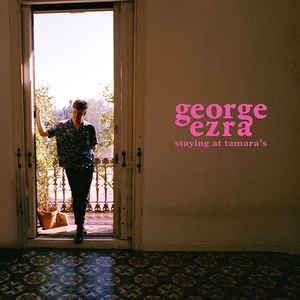 A6 All My Love

George Ezra is amazing! Is such a great album. The best track is absolutely "Paradise", a hit that is in the top 5 of Official Charts. Such a smash

NME " Ultimately, it’s this blend of new-found maturity and crowd-pleasing choruses that transform Ezra’s second offering into the perfect progression from the sound of his debut."

the Guardian "
This would constitute saccharine overload were it not for two things. First, towards the end of the album, Ezra exchanges rustic, Mumfords-ish euphoria for a few darker songs, including Hold My Girl (quite nakedly inspired by the National’s I Need My Girl), Only a Human (a contemplative piano ballad reminiscent of Lorde’s Liability) and standout Saviour, a paranoid, Nashville-tinged tempest.

The second thing that saves Staying at Tamara’s is its disarming likability. With his optimistic baritone, Ezra has the boyish gravitas of a youth pastor, "