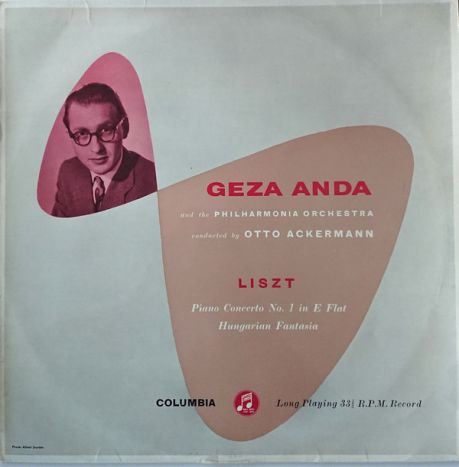 Concerto No. 1 In E Flat Major

Release date not stated on the sleeve or the record but it has been verified from the internet.

The piano virtuoso Géza Anda was famous for his brilliant technique, a crystal-clear touch and playing that was as sensitive as it was precise. He was Hungarian-born and so belonged to a longestablished tradition steeped in rich musical history.
Composers such as Liszt, Bartok and Kodály come to mind, and the conductors Solti, Fricsay or Dorati, as well as a number of first-class pianists, for instance Andor Foldes, who like Anda was excellently taught by Ernst von Dohnányi and also awarded first prize in the prestigious Franz Liszt competition.