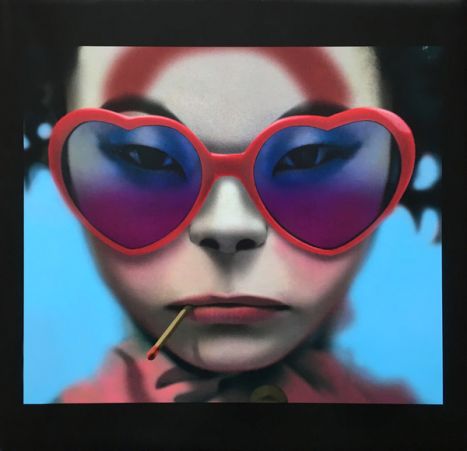 Made in the EU.

( guardian) " Humanz demonstrates the pros and cons of Albarn’s musical restlessness. As usual, he displays exquisite taste in collaborators – everyone from fast-rising rapper DRAM to dancehall singer Popcaan to old-school Chicago house legend Jamie Principle – and an impressive ability to get the best out of them by throwing them into unlikely circumstances. It’s tempting to suggest that Submission is precisely the kind of out-and-out pop song that alt-R&B vocalist Kelela’s career has thus far lacked. Grace Jones sounds particularly magnificent improvising a vocal around a post-punk-y distorted guitar line, with Albarn singing in blank-eyed cockney Syd Barrett mode on Charger, while the conjunction of De La Soul, a relentless distorted techno beat and synthesiser, courtesy of Jean-Michel Jarre, on Momentz is dazzling."