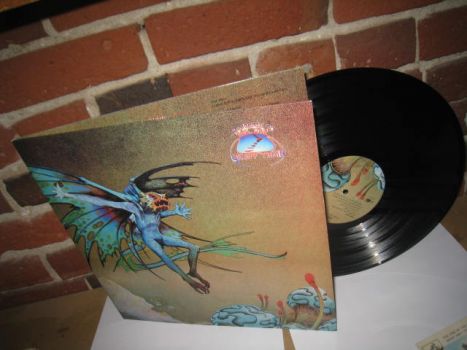 
This album is by far the best thing that Gravy Train put out. Interesting instrumentation, strong lead vocals, lyrics that don't violate the Trite-O-Meter--all are made to serve the needs of the songs, which are well-conceived. This album has that early 70s British feel common to rock bands that were (at the time) reaching out for something new and were given the freedom by the record companies to see where the pursuit led.


Staircase to the Day is a more polished and professional product than their earlier albums which could have and should have been taken further. They explore different styles, from the all out rockin' jam of "Busted in..", to more peaceful ballads (Ballad of a Peaceful Man being an earlier album) like Bring My Life On Back To Me.


This track is not about a nuclear war but about the troubles in Northern Ireland and has a similar chord structure to the intro of Freebird by Lynyrd Skynyrd only with considerably more feeling. Norman Barrett holds everything together with his highly emotive guitar work and powerful vocals, and this, along with the keyboards which replaced the flute and sax of the other albums, makes Staircase.. a showpiece for one of rock's smaller gems.


Gravy Train - Staircase to the Day

Gravy Train - Evening of my life